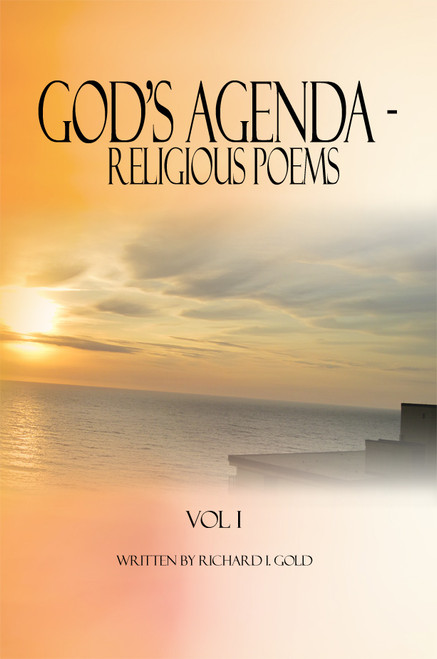 Gods Agenda - Religious Poems contains a number of poems about God, Jesus Christ, our relationship with God, and our relationship with our fellow men, all in accordance with the Bible. At several points, two or more poems have the same title, but they were kept in because they are different poems. In other cases, several poems may appear to be somewhat similar; however, the focus is slightly different.

Sometimes, a poem may require several readings to get the full meaning. At times, the meaning may be more than the author put into them and the reader may find some ideas which will benefit him or her. In all cases, the meaning of the poem should be taken to help build our faith and hope for the future, both in this life and when we have crossed to the other side.

Remember, if we have a loved one who has passed on and is in the next life, they are in a better and more fulfilling place. It is well that we mourn for them, but this should be for our lack of seeing them, not for the fate of the loved one.

Author Richard I. Gold has been a Christian and church member for many years. In the past 20 years, he has written several poems, many with a religious focus. The church where he attends has used some of his poems in their monthly newsletter (many included in this collection). After rereading the poems, he realized that they may be of assistance in focusing a persons attention on religious aspects of life.

Gold was born in Bartow, Florida. He attended college and received a degree in physics. In order to pay for his education, he worked as a co-op with NASA. After completing his Masters in Physics, Gold worked at several government installations until he retired several years ago. He has been married for 50 years and has two children and three grandchildren. The poems in this collection spoke to him and he hopes they will provide you with some spiritual support in your daily walk.