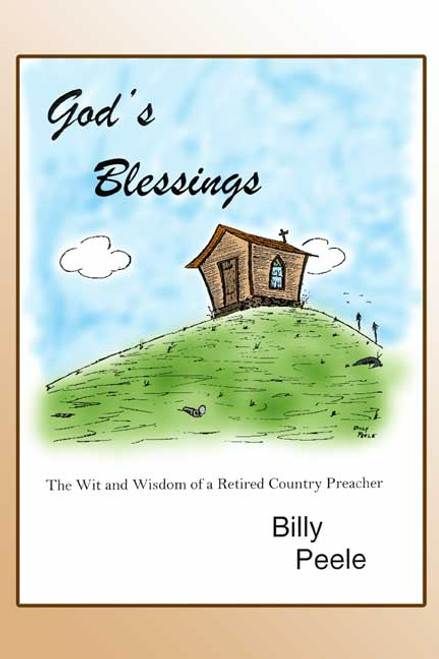 by Billy Peele Its written just for fun and for light reading for religious folk or anyone else. It contains good illustrations for public speakers, especially clergy people. It should be of interest to todays youth just to let them know what life was like in the past. But mostly, this book was written just to create a warm, receptive feeling for the readers. Its easy to read and can be opened and read at any time from any page (In other words, you dont have to start at the first). Again, no special purpose, just fun. ABOUT THE AUTHOR Billy Peele likes to think of himself as a free spirit and one who is dedicated to do what he can to enable as many as possible to also become free spirits. As a kid in the eighth grade, he won first prize in a speech contest and earned the Eagle Badge in scouting. As a college sophomore, he was intramural lightweight wrestling champion at NC State College. He earned a bachelor of arts degree from UNC-W and an M-Div degree from Duke University. Peele was elected president of the student preachers while there. He spent over twenty-seven years in retail sales with Belk Department Stores and was store manager at age twenty-five. He has spent over thirty-three years preaching in The United Methodist Church and was ordained elder in 1980. He possessed a Commercial Pilot Certificate (single engine, land), enjoyed singing with gospel quartets and church choirs, picked cotton, dug Bermuda grass, cropped tobacco, plowed a mule, and milked cows. He thinks, with Gods help, hes done well. And he heard God say, So what? Whats next? He also likes to boast. (2006, paperback, 94 pages) Availability: Usually ships in 2-3 business days.
×

Going Down the Road Feeling Glad

Good Men Good Women: An Epic Story About People Who Make a Difference in the World