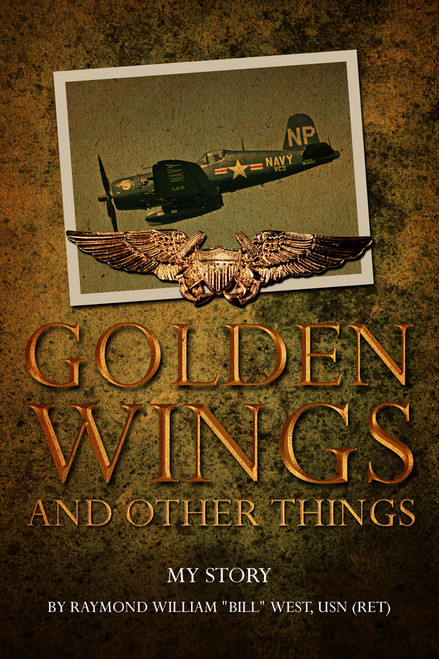 It was during a strafing-in-formation flight when I experienced my first close call. I was flying on our instructors wing. We were out over the Atlantic Ocean. The instructor had dropped a green dye marker in the ocean and this was to be our target. As wingmen, we were instructed to never look at the target. We were to concentrate on flying our position on our instructors wing. When we saw his guns fire, we squeezed our trigger and fired our guns, too.

So on our first demonstration, we rolled into our run. When I saw the instructors guns fire, I squeezed my trigger. There was a loud BANG and I saw pieces of my airplane go flying by me on my right side. I thought one or more of my guns had exploded. The airplane went into a violent skid, and when I pulled back on the stick nothing happened. I continued in my dive.

Commander Raymond W. West spent twenty-five years in the U.S. Navy during an exciting and adventurous time in U.S. history. His career spanned the time of declared war, police action, and emancipation of countries undergoing communist aggression. From the humble beginnings of growing up during the Great Depression of the 1930s to flying combat missions in Korea, surviving a mid-air collision and being shot down over Korea, CDR West learned to survive.

Along the way, he lost close friends and loved ones and had the good fortune to meet the love of his life. He now resides in Meridian, Idaho, with one of his daughters, her husband, and their dog, Jake.