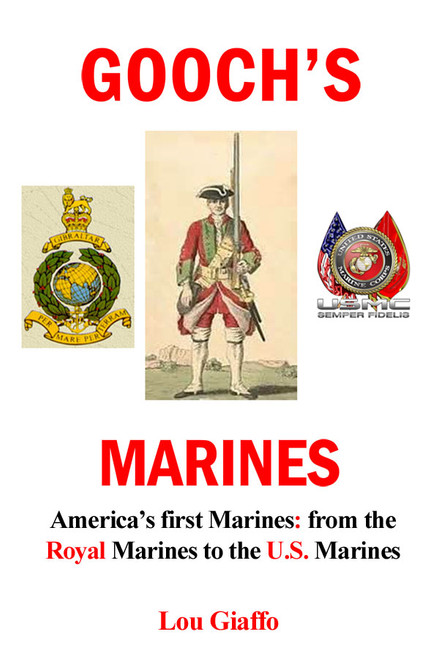 GOOCHS MARINES is a complete history of the United States Marine Corps, starting some forty years before the American Revolution, with a special regimental unit commissioned by colonial Governor William Gooch, under orders of King George II, to serve with the British Royal Marines, under the command of Lawrence Washington (elder half-brother of George Washington), in a campaign against the Spanish in the West Indies. Although they were formed in 1775, a year before the Declaration of Independence in 1776, they were not officially designated as U.S. Marines until commissioned by the Continental Congress and served as Continental U.S. Marines during the American Revolutionary War.

The rest is history, as they established their military tradition, warriors generally conceded by military historians as second to none. It can also be said of U.S. Marine Corps that they were essentially the first U.S. Special Forces, selected originally for special assignments. They have prevailed in all of their military campaigns, despite the cost theyve had to pay in blood.

The Marines proudly attribute this tradition to their superior command structure, starting with raw recruits in boot camp, along with its officer corps coming out of the U.S. Naval Academy, and ROTC college campuses. Some are selected from its enlisted ranks for U.S. Marine Corps Officer Training School, while others, who display leadership and courage under fire, are given battlefield commissions.

Born in Boston, Massachusetts and raised in Hartford, Connecticut, Lou Giaffos life can be summed up in three words: art, teaching and writing.

After serving in the U.S. Marine Corps for three years, Lou attended art school for three years. He then headed to New York City to pursue his career as a commercial artist. Lou enrolled in the local community college, Queensborough Community College for his associates degree. He then went on to Queens College, for his bachelors degree, and then his maters degree in education at Austin Peay State University in Clarksville, Tennessee, while working full-time as an art specialist.

Lou considers his greatest accomplishment to be his son, Jason Lou Giaffo.

One of the Few, The Proud, The Marines