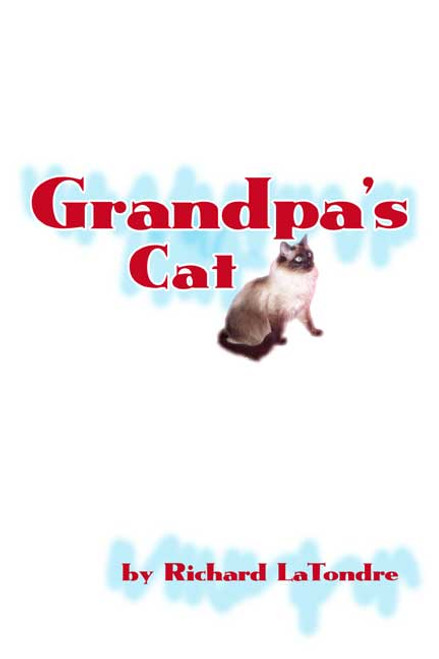 by Richard B. LaTondre Grandpas Cat is a warm and engaging childrens story that focuses on the mischievous adventures and exploits of the main character, Benny. Living with his several siblings in the house of a friendly overweight woman, Benny appears to be set for life. Unfortunately, the woman falls ill and is taken away in an ambulance. The house is locked, leaving Benny and his brothers and sisters to fend for themselves. After a short time on the streets, he is taken to the animal shelter by a little girl and her mother. He reunites with his brother and is shown the ropes of urban survival by another cat named Checkbook Harry. Learning that it is best to be adopted by a young girl, Benny is dismayed to have been selected by an elderly gentleman. But he finds his new home to be plush with lots of room to roam. Shortly following his arrival, Bennys brother drops by and convinces Benny to take a long jaunt with him and the rest of his brothers to a fish market for food. But although he is comfortable with his new surroundings, Benny doesnt want to disappoint his brother and agrees to go along. But will Benny be safe? Read Grandpas Cat to see what happens next! ABOUT THE AUTHOR Richard B. LaTondre attended George Washington University and graduated from the University of San Francisco with a bachelor of science degree, cum laude. He served in the U.S. Marine Corps and retired after the Vietnam War. He served in China, Korea, and Vietnam. He attended the Presidio of Monterey, where he studied Chinese Mandarin. He recently completed a project at the Hoover Institution, Stanford University, cataloging and identifying early imperial and republic medals of China and Thailand. He is currently writing a book about the life of Baron Major General Fukushima, the adventuresome Japanese soldier who rode his horse nine thousand miles from Berlin to Vladivostok. The Golden Kite is scheduled for completion in 2006. Mr. LaTondre lives alone in Santa Clara, California, with the exception of his cat Shady, who is the subject of this book. (2006, paperback, 32 pages) Availability: Usually ships in 2-3 business days.
×