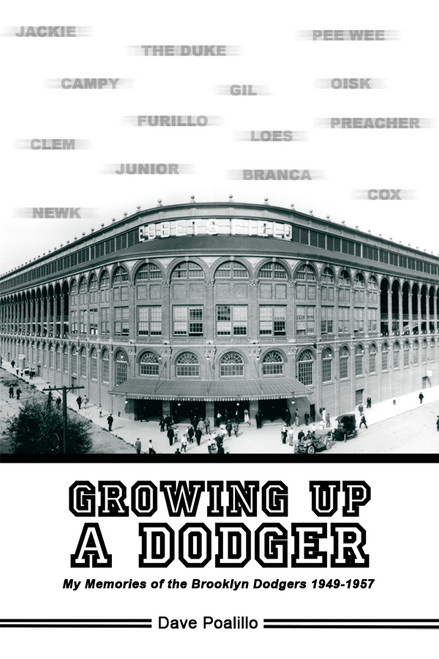 Growing Up A Dodger
by Dave Poalillo

Growing Up a Dodger is the story of one avid fans love of the Brooklyn Dodgers. Author Dave Poalillo began following the team as a kid in the late 40s and stayed loyal until they moved to Los Angeles in 1958. His favorite player was Duke Snider, and he wore Sniders number No. 4 in little league and pony league baseball.

Poalillo wanted to write about the team to share his memories of their heydays and to celebrate their hard-won championship win.

Dave Poalillo was born in Passaic, New Jersey in 1944. He lived in Carlstadt, New Jersey until he and his family moved to Dania, Florida in 1952.

Poalillo graduated from South Broward High School in 1961 and joined the Navy in 1962. He served for two years on the USS Trutta, a diesel submarine.

He and his wife, Patty, have been married for 43 years. They have two sons, Donny and Brad, and a daughter, Gina. They also have six grandchildren.