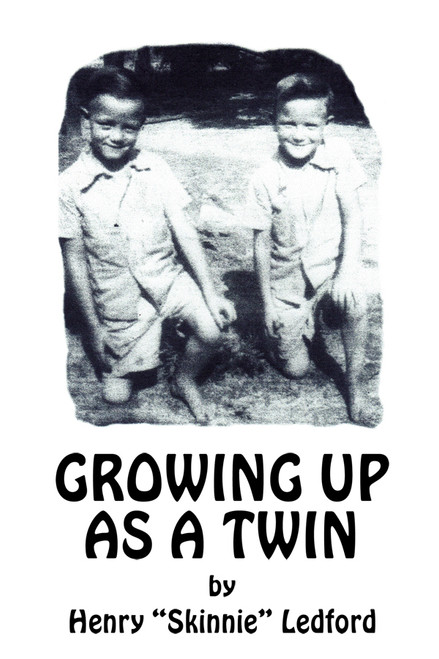 Growing Up As a Twin
by Henry "Skinnie" Ledford

My book is about the humorous and sometimes not so humorous events of growing up as a twin in the thirties, forties, and fifties. They were simple years, and it was great to be a kid.

I wanted to convey that time in the form of anecdotes to bring laughter to some folks.

I wanted to let the young people read about growing up in those years and try to reach the myriad sets of twins in the nation who would like to compare their upbringing to mine and my brother's.

It's my sincere desire to bring some sunshine into a whole lot of lives.

I was born November 5, 1938 in Lafayette, Georgia. I moved around extensively from 1946 until 1949, when Mom and Dad settled in the southern part of the state, in and around Albany.

I joined the U.S. Navy in 1956 and earned my GED while serving. I attended Darton Junior College in Albany, studying English.

I'm a history buff and love reading about the Civil War, World War II, and The Korean War. I've resided in Andersonville, Georgia, since 1993, where I'm Assistant Curator for The Drummer Boy Civil War Museum.