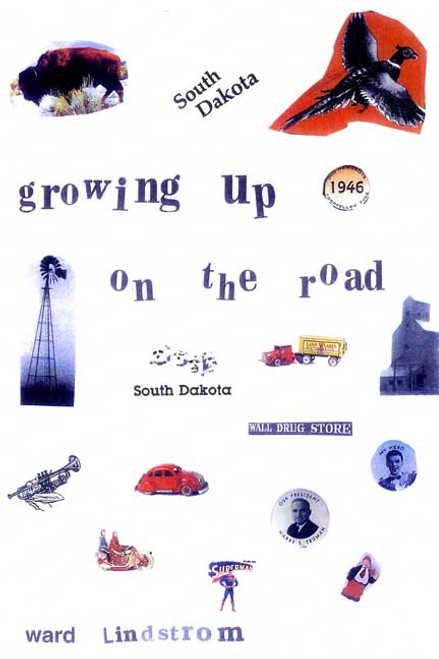 by Ward Lindstrom Wards life became unhinged when his father moved the grocery store and his family to Madison, South Dakota. Ward was in his first year of high school when he changed schools. By the end of his sophomore year in Madison, he had still not made the adjustment to the large school. He dreaded every day in class. He had begun work at the Carthage, South Dakota, grocery store at age twelve during World War II. He became bored with the store and was uninterested in school. On the first day of school vacation, he was at work in the store when he had another confrontation with his father. Emotions boiled up, and the sixteen-year-old walked out out of the store, home, and Madison. This was the beginning of a hitchhiking adventure that took him across much of the United States. He was alone, without money or friends. The many places and people he encountered helped shape his life forever after. ABOUT THE AUTHOR Ward Lindstrom spent ten years in the Army. During his five years in an Army band in Berlin, Germany, he met and married Eva. After his Army service, Ward received a bachelors degree in psychology from American University in Washington, D.C., and did graduate study at George Washington University while working for the Department of Health, Education, and Welfare. With the Department of Education, he worked in Washington, D.C.; Dallas, Texas; and Philadelphia, Pennsylvania. At one time, he was responsible for the regionalization of ten regional offices across the continental United States. Ward retired from the Department of Education after twenty years of service with the civil government. He is also a member of the Veterans of Underage Military Service. Ward and Eva live in South Jersey. They have one son, Michael, who lives in Virginia. (2008, paperback, 280 pages) Availability: Usually ships in 2-3 business days.
×

A Journey from the Desert - eBook