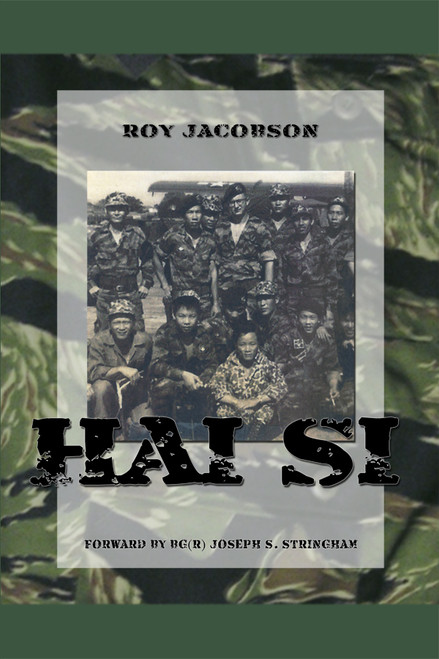 Hai Si is a history of a short time at war, only a year and a half during 1964-1966. A Special Forces A Team spent a few violent months at Ben Cat in South Vietnam. We took tremendous casualties. Twice, more than one-hundred of us were killed within minutes.

The remnants of our Team and troops were then tasked with forming a force that would remain, even today, talked-about warriorsthe Third Corps Mike Force. We trained, we attacked, we prevailed. The Mike Force became and remained very effective.

The story is us: our A Team, men at war.

Raised in northern Wisconsin, Roy Jacobson roamed the forests north and south of Lake Superior. Trained by his father, he is an expert rifle shot and honed his land navigation skills to a high level. Family patriotism and commitment to serve our nation were reinforced as an Eagle Scout. An athlete, his preparation as a youth prepared him to excel in Special Forces training, perform well on A Teams under sometimes trying conditions and survive violent combat.

Hai Si, Vietnamese for Corporal, is Jacobsons South Vietnam War memoir. He is a member of the 1st Special Forces Regiment.

Happy Balloon to You