Healing with Your Blood 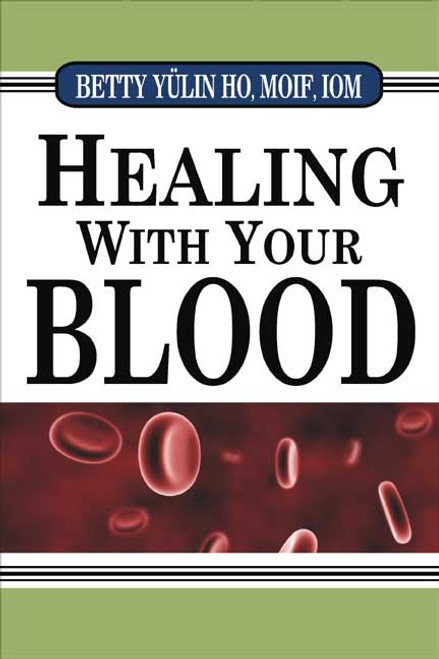 Healing with Your Blood

by Betty Ylin Ho, MOIF, IOM Healing with Your Blood is author Betty Ylin Hos twentieth book on the living body. Inspired by a holistic viewpoint in 1970, over the years, the synthetic viewpoint was refined, expanded, and simplified to reach the present axiom. The reader would do well to master the axiom presented in chapters one through six in order to preserve his regulatory organs at all moments in life. Remaining chapters describe every organ in detail to cure all illnesses and delay death in terminal states. You will cure cancer, HIV, Alzheimers, and Parkinsons; prevent autism, birth defects, monstrosities, sleeplessness, and aging; and waive the need for heart, kidney, and other transplants and surgery for tumors of all kind. Healing with Your Blood is a most important health book. ABOUT THE AUTHOR Born in China, of parents who were both professors, Ms. Ho spent her early years in Shanghai, where she attended the Lyce Franais. At home she received private lessons in violin, piano, German, and Chinese calligraphy. Later she obtained a B.S. in biology at Columbia University. While attending medical school at Lausanne University in Switzerland, Ms. Ho also studied piano and was inspired by many scientific ideas. These ideas led her to abandon medical school and devote herself to piano studies. Applying her scientific ideas to her newborn infants, from her firstborn to the last infant, Ms. Ho developed an infant feeding method and later obtained both U.S. and Canadian patents for her invention. Upon her return to the U.S., she presented a twenty-five-page abstract to her former employer, Dr. Henry S. Simms, at Columbia University. He kindly advised her to substantiate each statement with a reference. In 1963 Ms. Ho began research to prove her scientific ideas. Since then Ms. Ho has written a series of twenty scientific books. Published by Juvenescent Research Corporation, a nonprofit medical research organization, eleven of these books are available in print. Books one, two, and ten have references for each statement. It is her hope that this last book provides the great insight into the living body that Ms. Ho has tried to convey. A resident of New York City, Ms. Ho is an accomplished pianist and fluent in six languages. She is the recipient of the following awards: Royal Patronage for Life, awarded by Prince Kevin, Principality of Hutt River Province, Queensland, Australia, 1995; the 20th Century Award for Achievement, 1997; Life Member of the Order of International Fellowship, 1998; ABI's International Book of Honor, Hall of Fame, 1998; Certificate of Merit, Dictionary of International Biography, International Order of Merit, 1999; and the World Medal of Freedom, 2006. Ms. Ho is listed in the 2006 Edition of Who's Who in America, Who's Who of American Women, Who's Who in American Education, Who's Who in Medicine and Healthcare, Who's Who in Science and Engineering, and Biltmore's Who's Who, 2007. (2008, paperback, 134 pages) Availability: Usually ships in 2-3 business days.
×

Healing and Deliverance: Revealing the True Identity of God

He Watches Over Me: A Memoir