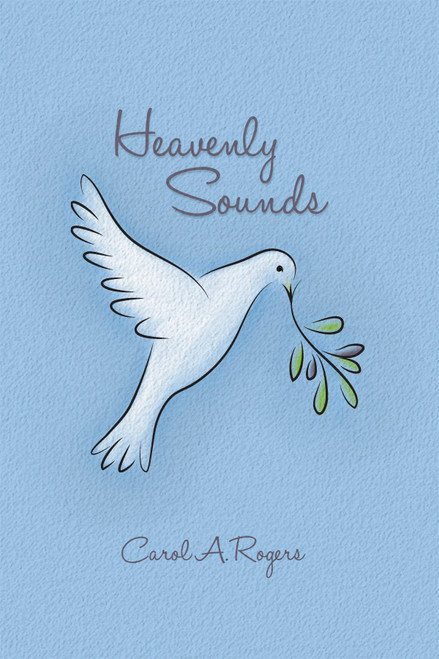 By: Carol A. Rogers

Heavenly Sounds was inspired by the music of the author’s church. Piano and organ are played by an expert musician. He plays music that touches the soul.

It was easy to write a poem about the heavenly sound of his music. A choir singing in harmony, a congregation singing with such grace as to echo heavenly sounds throughout the church. The author was so inspired by these heavenly sounds she now plays music of her own. “You can do it,” he said. Now she does.

Although Carol A. Rogers was born in the Berkshire Mountains in Massachusetts, her family moved to Queens, New York, when she was three. The beauty of the country never left her heart.

Traveling through the mountains of Pennsylvania, Carol was inspired to write about the smell of wood smoke and the beauty of the landscapes surrounding the farm and the wildlife she passed while en route. It was breathtaking and the words describing it came easy.

When life became difficult, Carol found she could escape by writing. Raising four sons gave her an abundance of subject matter about which to write. She had pets that were her best friends and their loyalty was boundless. Her mother enjoyed so much life with her that her happiness and sadness always touched Carol’s heart and became a constant source of inspiration for the poetry she writes.

In her retirement, Carol found herself with serious health problems. She had a stroke. Her life was on hold for several years. Learning how to start life over was a challenge she was willing to take. It took her five years to master language again. She achieved many of her goals and she writes from life experience. She calls it poetry in motion.