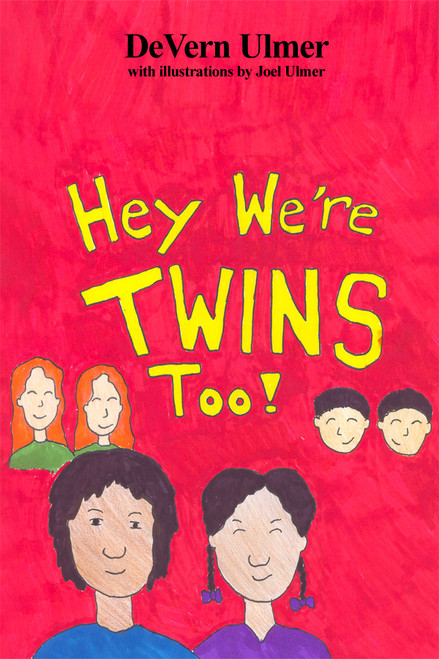 Devern was born in Orangeburg, South Carolina and is the oldest of ten children. He was raised in Washington, D.C. from the age of four and attended D.C. public schools until he graduated from Cardozo High. He attended District of Columbia University, where he majored in urban studies. He and his wife were blessed with seven children and were caught off guard when the doctor said twins, the last of the seven children, were expected.

Mr. Ulmer, like most people, thought of twins as looking alike, identical whether boy/boy or girl/girl. He just knew he was getting a set of one or the other. But when they were born twenty minutes apart, boy then girl, he was surprised because he had forgotten fraternal twins happen too.

When you look at pictures, books, and in general talk of twins, its always basically about identical twins. Fraternal twins dont immediately come to mind. So as the father of fraternal twins, the ones who look like regular brothers or sisters, Mr. Ulmer wants people to be more conscience of fraternal twins. Parents of identical twins should explain to them about other types of twins who arent identical. The fraternal twins themselves in this book deal with this. This is the first project for this author, and it is hoped readers enjoy it as much as the author enjoyed writing it.

Joel Ulmer is the son of the author, and along with his sister Noel are fraternal twins born twenty minutes apart.

Joel has been interested in art throughout school and began to blossom in high school. He is currently a studio art major at Central state university, Wilberforce, Ohio class of 2012.

No Obstacle Too Great

We're on Our Way by Marietta Barefoot

Don't Get Too Close