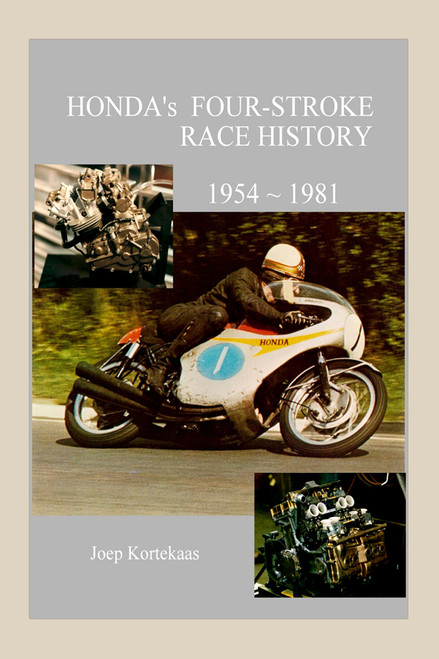 To my knowledge, there has never been a comprehensive history of Honda's racing exploits, comprising both race results and the technical specifications (as far as they are known) of the works racers. This is remarkable, since the Honda racing machines impact on the Grand Prix racing of the 1960s has been profound. Their influence on the racing scene of the time and on the development of four-stroke enginesnot only as regards motorcycles, but also on the Formula 1 car designswas unlike anything before it. This book intends to give the reader a look back at those exciting days, with descriptions of some Honda works racers that have never been published in Western magazines or books before.

Joep Kortekaas is a Dutch-born mechanical engineer who worked for one of the world's biggest multi-national oil companies, with motorcycle racing, first on a Ducati single, later on a Honda CB450 tuned by himself, his main hobby and passion. After he stopped racing motorcycles, he successfully started building and tuning racing motorcycles, both four- and two-strokes, for other people, and writing technical articles for motorcycle magazines.

Since his retirement, he lives with his Japanese wife, Keiko, and his two cats in Malaysia.

How Nixon Taught America to do the Kent State Mambo

How to Cook Jamaican Meals

How to Grow Tomatoes When the Butterflies Are Gone

Highway Robbery: Life Before and After an SUV Rollover Accident-The Ford and Firestone Tire Cover-Up Story