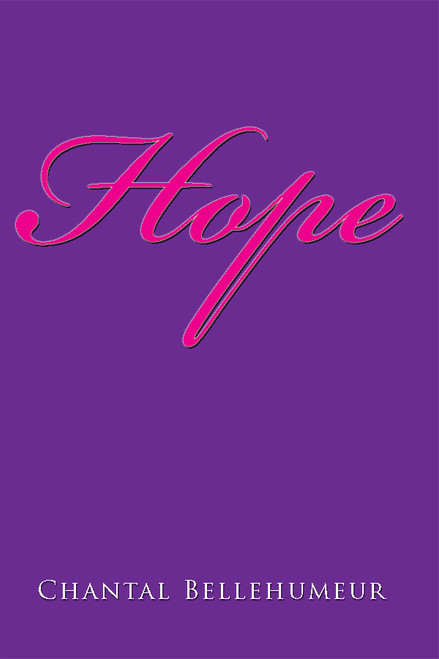 Months after being diagnosed with ulcerative colitis, Sophie Murphy winds up in the hospital stuck to an IV. Starving and in pain, Sophie fights to get better. Once released from St. Gabrielles, she has to get her strength back, gain the weight she lost, and deal with her uncured illness. What keeps her positive is knowing that her nine-year-old son, Devon, can come back home once the worst part of her problem is over. She knows she will have to live with her disease for the rest of her life but is desperate to find out her triggers to avoid going through hell again.

As the weeks go by, Sophie finds hope with the help of her friends, family, and even strangers, as well as a bit of romance. Her life slowly returns to normal, with the risk of another relapse. Meanwhile, the people in her life start having problems and challenges of their own.

Chantal Bellehumeur was born on June 30, 1981. She was diagnosed with ulcerative colitis in October 2009 and was hospitalized in 2010. Staying strong and positive, she managed to find her triggers and is now able to enjoy food and long outings again. Between minor relapses, she started a modeling portfolio to make herself feel good. She happily lives in Montreal with her son, Aidan, who is the best thing that ever happened to her.

Chantal did dance and theatre performances as a hobby when she was a teenager and soon joined a youth-run theatre company. She gave camera acting a try, working as an extra for movies, television shows, and commercials, but she much preferred the stage. She stopped acting and started writing, something she used to do a lot as a child. Chantal published her first novel, Veronicas Soap Opera Life, closely followed by its sequel, Veronicas Attempt at Romance, in 2009. To make the girly series a trilogy, she wrote Veronicas Happily Ever After in 2010. She is also the writer of the thriller Just.Another.Common.Killer and is now working on a few short stories.

How Jesus and I Became One, He Is in Me and I Am in Him

How Do You Love a Big Dog?

Hot Rock Over the Himalayas

Honey, Please, Let Me Tell You How It Went