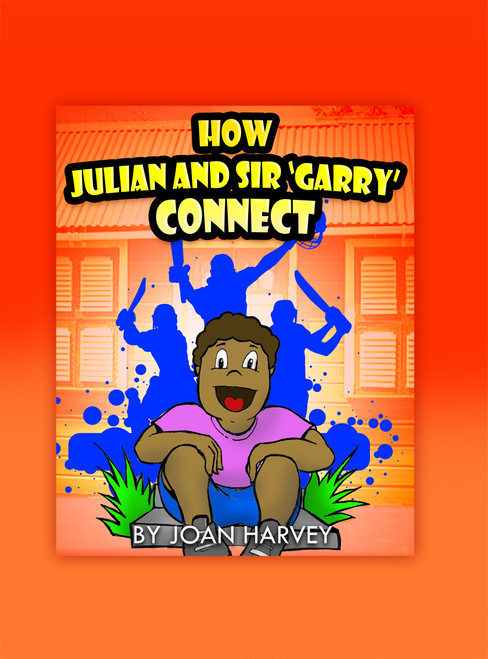 Follow along with Julian as he learns more about Sir Garfield ‘Garry’ St. Auburn Sobers, a cricket legend from Barbados. Julian learns his uncle was a sports commentator during Garry’s ascent in the world of cricket and his grandparents share the same birthplace as Garry.

A must-read for younger readers, children will come to understand being a sports professional takes a small measure of talent, loads of dedication, and a belief in oneself. Illustrated with colorful, child-like images, young minds will feel inspired to learn about their own family history and the great legends that come from their birthplaces.

Joan Harvey is a retired teacher and a mother to one biological child and many of her former students. Growing up, Harvey listened to the local radio station as cricket culture was becoming a way of life in Barbados. Cricket was heard everywhere on the island, from the yard to the pastures to the unpaved roads and villages and children would make their own bats, balls, and stumps. This is where her life-long love of the sport was fostered.

The Will to LiveÂand the Ability to Connect the Dots

The Specter by Al McGarry