Ideas to Make a Million With 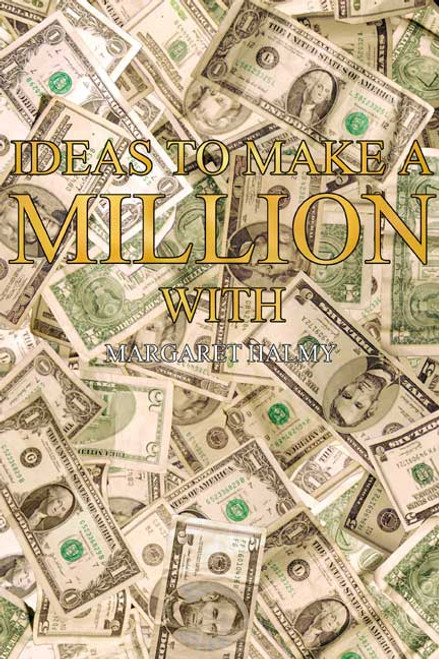 Ideas to Make a Million With

by Margaret Halmy Chances are it has happened to you. You get an idea one day for improving, inventing, or marketing a product or service. The more you think about it, the more you become convinced its not just a good idea its a great idea, an idea that could make you a lot of money. All you have to do is figure out how to sell it to someone somewhere. Youve heard its pretty hard to sell ideas, but you tell yourself others have done it. Remember the pet rock that was such a hit? Why not you? I confess, I keep getting new ideas all the time. Some are just so-so, and some, Im convinced, have real potential. Maybe you can figure out a way to profit from the sale of any of them. After all, wouldnt you like to make a bundle? ABOUT THE AUTHOR A former business news editor for McGraw Hill in New York City, where she went to school and grew up, Margaret Halmy confesses she visited California, was completely taken with its sunny cities, and made it her permanent home. Her interest in problems of the aging prompted her to revive Videograph Voices, a company she had set up to do videographed interviews with senior citizens for their children and grandchildren to cherish. Margaret is the published author of Survival Guide for First Time Parents. (2008, paperback, 36 pages) Availability: Usually ships in 2-3 business days.
×