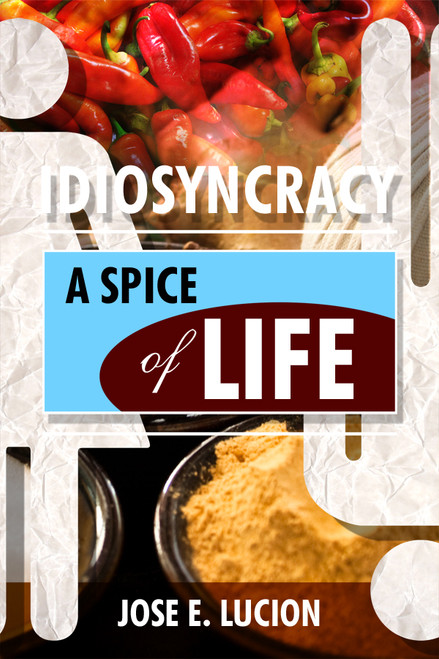 IDIOSYNCRACY: A Spice of Life
by Jose E. Lucion

The story line is from the wildest imaginations of the author based on observances noticed, encountered, and most of all experienced. The book title is the authors perception using the acquired information about the surrounding environment and situations regarding the attitudes of people observed.

It is the authors mind interpretation to what have been perceived that every move and decision we made creates story adding to the story we ignore that surround us that we are part of.irresponsibility and stupidity mostly the story of the day that people ignores.

The authors input provides hidden information that is very educational, in that the title alone is one for the lexicographer to consider and that it could be best suited for those studying Psychology and Behavioral Science.

The author was borne in Malate , 4th district of Manila, then a residential area of have and have not. It is now 5th district and a tourists belt. A left-handed South Paw considered an outcast, he was always in trouble and was forced to write using his right hand in first grade as the left hand was already in a plaster cast courtesy of the beatings of the teacher and his loving mother.

Married to Carlita C. Almadin, the author is the father of three and an Overseas Filipino Worker since mid 1970s, one of the founding directors of Overseas Contract Workers Foundations.

Spice It Up - eBook

If Bible Stories Were Reported in Today's Headlines . . .

In Defiance of Enemies