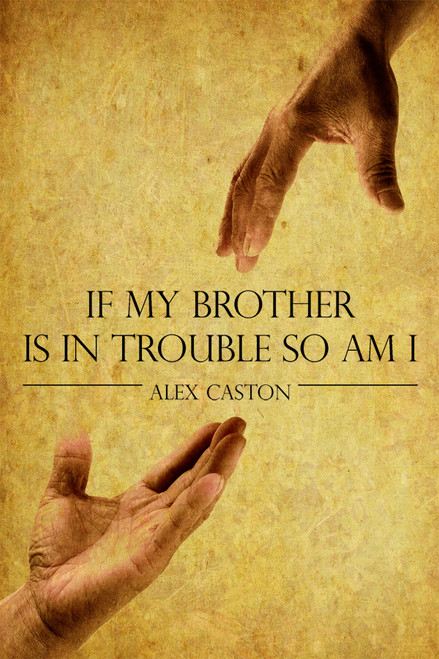 Am I not my brothers keeper?

Only a question that true brothers can answer. Like all siblings, Christopher and Marcellus Brown have their share of arguments and fights that sometimes make the Civil War look like a schoolyard tussle. Sometimes they can even be equivalent to comrades in war, defending their brotherhood against anything or anyone. Despite their parents tireless efforts to make them get along, they seem to split further apart. But after a deep, dark family secret is revealed, a black cloud hangs over the Brown household, with a lighting strike that is headed directly for Chris. His only shield is the one he least expects: his brother.

Now it is up to Marcellus who must decide if he is going to vacate his brothers side or have his back. Told through the eyes of an unintimidated hero, follow these brothers on a journey that will make one realize what it truly means to be a brother.

Alex Caston was born in Jackson, Mississippi and lived there until his family relocated to Las Vegas back in 1996. An avid reader and traveler, he began his journey into writing after his seventh-grade teacher recognized his gift. From then on, he would compose short stories and poems that were recognized throughout his school years. Originally written back in 2003, If My Brother Is In Trouble So Am I started off as just a hobby, until six years later when he felt like God was calling him to write. Mr. Caston is currently stationed in the US Navy. In his spare time, Mr. Caston enjoys, reading, writing and hanging out with his friends. Living in between San Diego and Las Vegas, he is currently working hard on his second novel. He will be very glad to hear from readers; please follow him on Facebook or just simply e-mail him at alexcaston@hotmail.com. This is his first book.

I Am Oscar. I Am in Charge.

I Am the Good Shepherd

I'd Like to Die, But I've Got Stuff to Do: Helpful Hints for Victorious Living