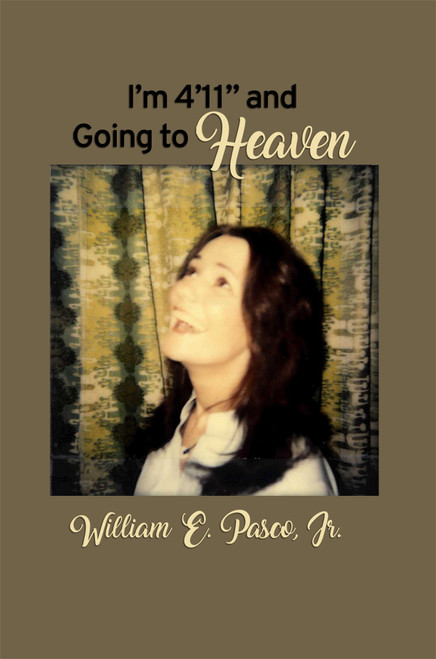 I’m 4’11” and Going to Heaven opens with a vivid overview of the author’s frustrations with love and relationships – until he met his Lupé. They experienced immediate attraction. Soon they fell in love and got married, but had to deal with Lupé’s complex health problems. She tried valiantly to fight off her ailments. Her faith in Jesus Christ sustained her through her pain.

Pasco rounds out this intimate journal with a tender glimpse into his own emotions and insights as his wife passed into the presence of the Lord, Whom they both loved. He shares his heartfelt recollection and devotional sentiment and gives God the Father, through His Son, Jesus Christ, all the glory, for He sent Pasco this 4’11” American Indian woman who became the love of his life. She gave him a wakeup call and inspired him to turn his life over to the Lord and become Born Again.

William E. Pasco, Jr. and Fawn Mary Pasco, “Lupé,” married in 1980. During their marriage she would always read Bible scriptures to her husband, who did not know Jesus Christ as his Lord and Savior yet. Now he gives God the glory, and always praises God saying, “Thank You, Lord. Thank You, Lord, for giving me this pretty little woman.”

Pasco and Fawn called each other “lupé” which means “sweetheart” in Iroquoian, the language in which Fawn was fluent. Pasco travels to his family’s gravesite twice a year to put red roses on his wife’s grave: once on February 14, Valentine’s Day, and once on September 12, the day in which our Lord took Fawn to her heavenly home.