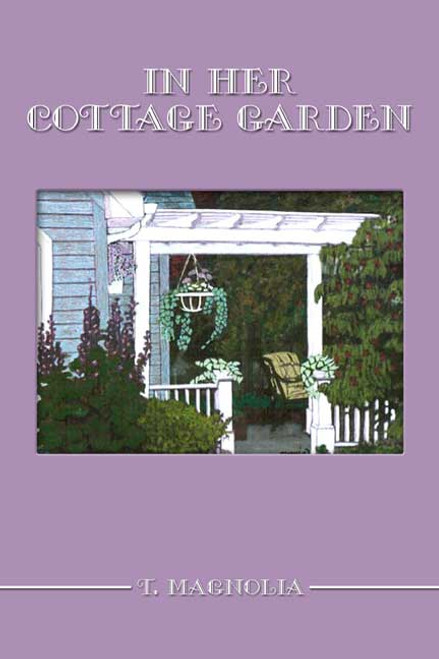 by T. Magnolia In Her Cottage Garden is the second manuscript in a series I created to pay homage to the inherent mystery involved in law enforcement. In Her Cottage Garden delves into contemporary issues of love, relationships, conflict, and yes, even murder. My series of books is, more or less, a salute to the whole scope of criminology by encouraging the fascination we have in getting the bad guy. This inherent fascination created a faithful following of readers and viewers of suspense and mystery novels and films that has proven itself able to stand the test of time. Taking into account both the history of Britain and that of the United States, both cultures have a longstanding appreciation for a good mystery. This audience craves more and more stories because they crave for real-life solutions to be as simple as that of the stories. It is this audience I wish to reach with my series. As far as the inspiration for In Her Cottage Garden, it came out of my love of gardening, literature, and science, and it is safe to say I love a good mystery. I read as many of them as I could as a child and continue to do so today. I attended college at Rochester Institute of Technology and earned a Bachelor of Fine Arts degree in 1996. My major was in Book Illustration, 2D and 3D Computer Graphics, and most of my electives were various forms of Literature. In Her Cottage Garden grew in terms of character depth and plot from a results-based investigation with a personal touch in the first book, Love Lies Bleeding, to a snippet taken from the lives of four federal agents who happen to be in the midst of an investigation in this book. I worked exhaustively to depict this real-life scenario in a manner that draws readers in and holds their attention through the subtle nuances of the investigation of Iris Wells disappearance. I created this manuscript from the many things Ive seen during my life and lives of others who have crossed my path of existence. I hope you will feel that I created a successful portrayal. This book, however, is purely fictional; any resemblance to real-life situations is purely unintentional and indirect at best. Now I leave it to you to accept it or reject it, but at least read it and contact me. (2007, paperback, 324 pages) Availability: Usually ships in 2-3 business days.
×

Gramee and Her Whippersnapper Boys

Her Name Was Jenny

In Defiance of Enemies

In the Eye of the Hurricane Walter

In the Shadows of War: A Novella Based on a True Story

In the Midst of a Storm Stand