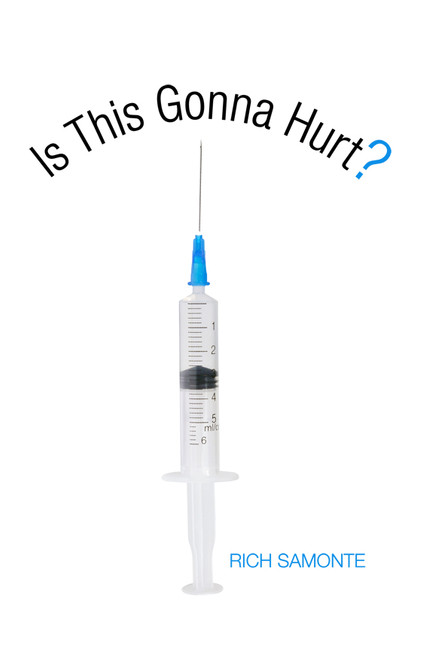 It This Gonna Hurt?

This personal narrative is a result of spending a month at North Shore Evanston Hospital in Evanston, Illinois, recovering from a Whipple surgery. Though a month may not sound like a long time, if you have ever spent any time in the hospital, you know that even one day is twenty-four hours too long. This narrative is an attempt to give you a bed’s eye view of hospital routine and the boredom of lying in bed for twenty-three days along with six weeks of recovery at home. From a walk into the hospital to morphine pump to a wheelchair ride back to “freedom,” you will be taken through the process of a Whipple recovery.

Is This Gonna Hurt? was also written to help explain what a Whipple operation is and, more importantly, it is dedicated to those caring professionals who helped Samonte through this somewhat uncommon experience: his doctors, nurses, technicians, and staff of North Shore Evanston Hospital. This memoir is a reminder to him on the importance of family and friends, especially his wife, Barb, whom he lost in March 2015. Without her encouragement and constant support, his will to survive would be in jeopardy.

This is Rich Samonte’s first attempt to write something of this length and importance. Although he taught thirty-eight years at the middle school level in language arts and social studies and graded hundreds of his student papers, he never had the urge to write and grade his own paper. He has written many short stories about growing up and driving a Greyhound bus, but none were submitted.

Born and raised in Chicago of immigrant parents from the Philippines, Samonte attended Austin High School in Chicago and graduated from Blackburn College in central Illinois with a BA in sociology. He continued his education as a graduate student at Northern Illinois University, earning his Master’s Degree in secondary education and Type 75 Administrative Certificate. Unlike some of his teaching colleagues in the early and mid-sixties who traveled from one teaching green pasture to another, he obtained a teaching position in Downers Grove and spent his whole career there, retiring in 2000.

Samonte is presently working on a manuscript about his wife, Barb, whom he lost in 2015, after 56 years together.