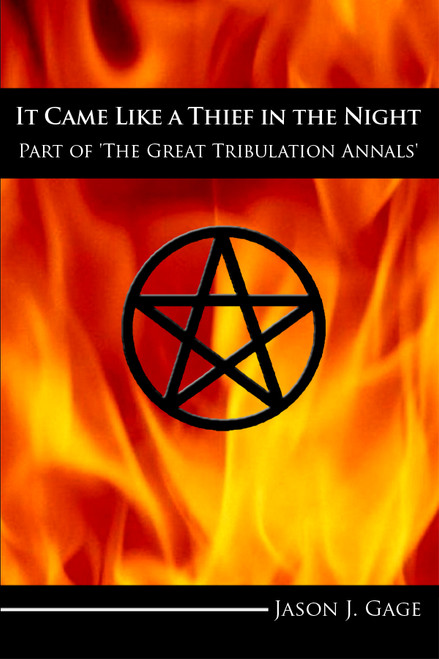 A sect of pious knights called the Celestial Knights is imprisoning the Anti-Christ. After centuries of captivity, the favoured son of Satan manages to escape from his five-century banishment. The Anti-Christ emerges into a world that has drastically changed. Seeing the danger that the world is in, the Celestial Knights, the protectors of humanity, embark on a dangerous journey to the planet Hell. They arrive on the continent Oblivion, where they must reach the Lake of Fire and mine the magical hell-fire metal, which can slay demons. Unbeknownst to the knights, the Anti-Christ joins forces with the Beast of the Apocalypse and his malicious harlot. Secretly they build demonic forces on Earth to destroy the pious knights, the only protectors of humanity. The story builds to a cataclysmic ending and a new beginning for all humanity.

The novel is an extremely fast-paced action and horror adventure that will keep the reader captivated and titillated through the entire journey of the read.

Jason J. Gage was born in Hamilton, Ontario, Canada, and now lives in a small town not far from where he was born. His eagerness to write inspired him to graduate as a copywriter in advertising at Mohawk College. His love for writing stories still consumed him and instead of continuing with advertising, he began the long and arduous journey of writing his first novel. His religious background sparked the first ideas of his book, while his appreciation for fantasy fiction, horror, and B movies dictated how the book would be written. Jason wanted to write a book that was action-packed, dark, and funny with some moral lessons along the way. He also felt writing about the depraved nature of demons was an essential component to the book. He is now working on the sequel to his first novel, which will delve deeper into the characters and worlds in which he has created.

They Came With Faith, Hope, and Courage (paperback)