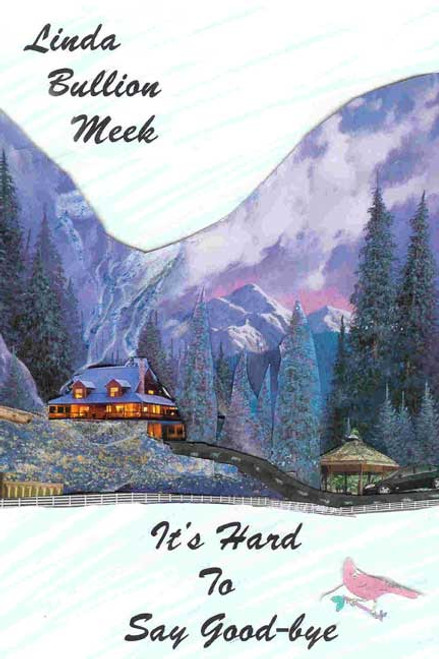 by Linda Bullion Meek Its Hard to Say Good-bye tells about Miranda and Rick, high school sweethearts who have been married for fifteen years. They feel they no longer know each other. As Miranda helps Rick remove his belongings from what was once their dream house, she realizes they have become strangers to each other, even though they were once so close. Rick had suggested they divorce, and she had agreed half-heartedly. As Rick drives down the mountain to his new apartment, however, he crashes his car in a near-fatal accident that causes him to lose his memory. When Miranda arrives at the hospital, he does not recognize her as his wife, making her believe it is finally over between them. Yet she takes Rick back to their home to recover, and during the subsequent weeks, Rick realizes he is falling in love with Miranda for the second time. Its Hard to Say Good-bye explores the deep psychological and emotional ties that provide a firm foundation for marriage. ABOUT THE AUTHOR Linda Bullion Meek has been writing short stories since she was a young child. Her first book, The Long Winding Road, was written and published in 2004. Its a true story about her life written in novel form. Linda has been an elementary educator for thirty-one years. Her joy is teaching reading and writing. She now resides in her hometown in Charleston, Mississippi. Her son, Rodney, lives in Dallas, Texas. Linda lives close to her parents. Her mother is her best friend. In her spare time, she loves to read. She enjoys the quiet morning time, being alone, and listening to the silence. (2006, paperback, 172 pages) Availability: Usually ships in 2-3 business days.
×