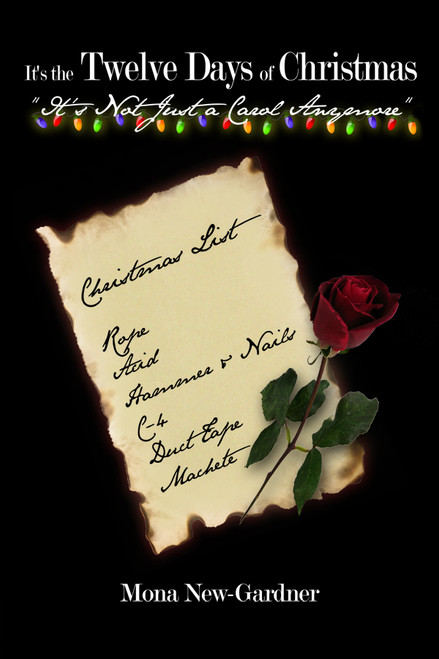 It's the Twelve Days of Christmas: It's Not Just a Carol Anymore
by Mona New-Gardner

Christmas day starts off slow, but picks up when a female victim is found in a tree. The woman turns out to be Aimee Partridge, the secretary at Detective Monica Newsomes church.

On the second day Detective Newsome and her partner Detective Rich Garson are called to the scene of another murder in a bowling alley. They found two white females hanging from the ceiling in a crab position. Both are on the bowling league team named the Turtle Doves.

The task force begins to see the pattern: they have a serial killer on their hands, based on the timeline and the lyrics to The 12 Days of Christmas. Detective Newsome is concerned because it looks as if all the evidence leads back to the priest at her church and the nun.

Will she be able to catch the killer before he reaches the last day?

Mona New-Gardner is 57 years old and married to Richard. They live in Cleveland, Ohio, and three children and five grandchildren.

Mona is disabled and works from home. She received an Associates Degree in Business in 2007, which included a writing course where her thesis was published in the college newspaper. Mona remained on the Deans List throughout her college stay.

Mona created the story The Twelve Days of Christmas from a dream she had. It is one of many stories she has created from dreams. This will be her first published book; she is planning on a sequel. Recently, Mona won a writing contest. The theme of the contest was to write a story about, My Mother, for a Mothers Day contest.