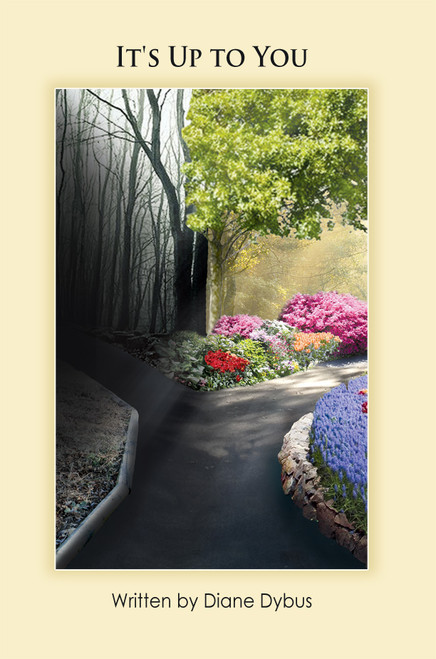 Its Up to You
by Diane Dybus

Diane Dybus was born at Nassau Hospital, Mineola, on Easter Sunday in 1940. She began pursuing a career as a pianist at the age of five. She performed in many different benefits and recitals. After winning a Lions Club competition at the age of ten, she was given the opportunity to play on a radio station, WKBS Oyster Bay. By popular request, she continued to play each Saturday for weeks and won many gold medals. She is continuing to use her musical gift as a teacher and a judge for the Suffolk Piano Teachers Federation, the International Concert Alliance, and as an adjudicator for NYSSMA.

She attended a Catholic grammar school and high school, but had no personal relationship with God. She married her childhood sweetheart, Tony Dybus at nineteen. After giving birth to two daughters, her third pregnancy ended in a miscarriage. In her fourth pregnancy, she turned to the Bible after having never opened it for comfort and strength before.

Her fourth child changed her life forever. Her son was born six weeks premature and given a devastating prognosis. After asking God to heal him, she witnessed a miracle and was able to bring home a healthy child.

She realized that God is a God of the impossible. She wrote this book as an encouragement to believers to ask and expect the creator of the universe to step into any situation, whether it be sickness, finances, or protection. He is waiting to conduct a miracle in your life, just ask! Believe He wants to know you.