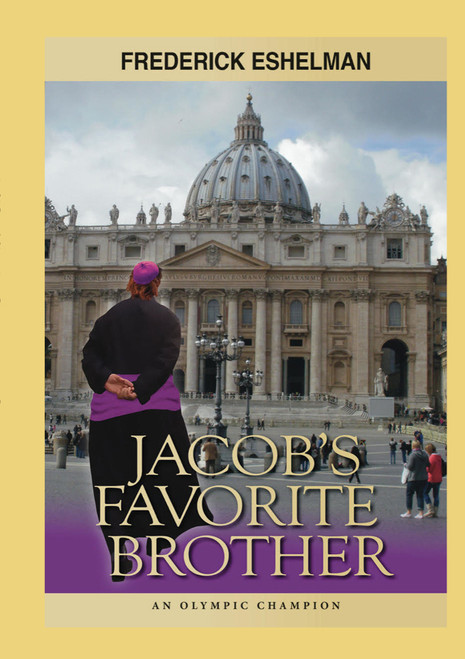 From County Cork to Thorn Hill reform school in Vermont, Brick Maloney finds Jacob, whose family offers him shelter after the Maloney family’s demise. A mother’s deathbed plea to be educated by Jesuits results in athletic achievements and Olympic Gold.

Following a legendary soccer career at Boston College, Brick turns down lucrative offers from European soccer clubs. This Carnegie Award Winner instead enters the seminary to begin life as a Jesuit priest. After a missionary tour in the jungles of Eastern Peru, young Brick returns to Boston for his ordination.

A swift climb up the church ladder finds him a Bishop within five years. His dedication to child abuse becomes a crusade. Life takes an unfair turn, but it is all part of Bishop Michael “Brick” Maloney’s journey.

This is a work of fiction. All of the characters, organizations and events portrayed in this novel are either products of the author's imagination or are used fictitiously.

Frederick Eshelman is a very common man. He was blessed with an outgoing personality and a vivid imagination and being around the sports world brought him great comfort.

Eshelman was born in the coal mining town of Pittston on the banks of the Susquehanna River in Northeast Pennsylvania. After graduating high school, he spent four years in the Air Force. Jobs were scarce in 1958. He worked at a local brewery at twenty-two years old and, two years later, bankruptcy sent him in search of work. The airlines and retailers J.C. Penney and Sears Roebuck kept the Eshelman family afloat. For fifteen years he was a group travel director for a large travel corporation and, in his later years, Eshelman spent time as a freelance sports writer. It was not about the money, just the chase.

After retiring, Eshelman and his wife, Catherine, are spending their golden years in Southwest Florida. This grandfather of seven has put away his golf clubs and picked up the pen. This is his first novel.

Can Brothers Be Friends? - eBook

Proceedings of the 2nd Conference of the Society of Catholic Social Scientists, Ghana Chapter (SCSS-GC) - eBook

Secrets of a Dreamer - eBook