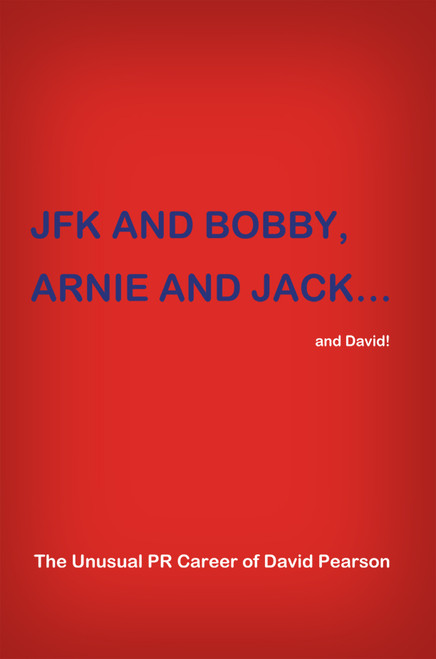 JFK and BOBBY, ARNIE and JACKand David!
by David Pearson

JFK and BOBBY, ARNIE and JACKand David! opens with the riveting story of David Pearsons experience in the White House the night of November 22, 1963, as he was asked to help in the preparations for President John F. Kennedys funeral. Pearsons role was to handle the press that fateful night, and he became a witness to history.

The book has two parts: it describes Pearsons early life in Miami, and then tells the story of his unusual PR career. This includes his experiences in the Kennedy and Johnson Administrations, as well as a series of interesting vignettes of his dealings with a number of sports celebrities, mainly in the game of golf. To name a few: Joe DiMaggio, Ted Williams, Arnold Palmer, Jack Nicklaus, Chi Chi Rodriguez, Pete Dye, and Robert Trent Jones.

David Pearson is a native of Miami, Florida. His family settled there in the 1920s and 30s. His father Dr. Colquitt Pearson was the citys first anesthesiologist. He graduated from Emory University, worked for UPI, and became the first Vice President for Public Relations at Sea Pines on Hilton Head Island.

The author then spent two years in Washington as Deputy Information Director of the Peace Corps under Sargent Shriver and as Assistant Director of the Community Relations Service under LeRoy Collins.

Pearson opened his public relations firm in Miami in 1966, with Laurance Rockefellers Caribbean resorts as his first client. Although he has published a number of articles on golf course architecture, his firms national reputation is primarily based on representing high quality resort and club communities throughout the Americas.

In May of 2016, Pearson and his wife Anne moved to Sea Pines on Hilton Head Island, where they spent the first years of their marriage.

Jesus Priceless Treasure: More than Friend to Me