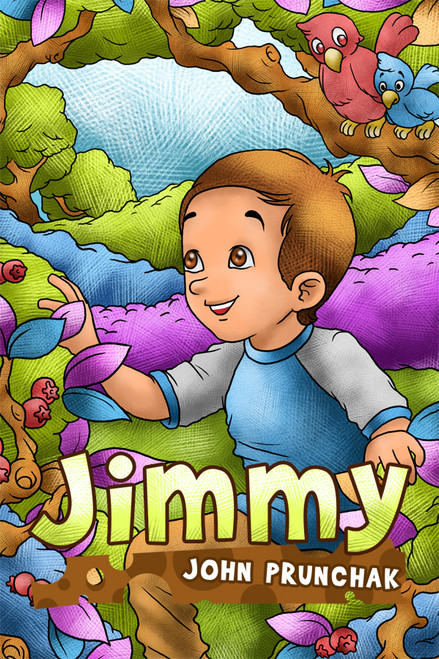 I am not a professional writer. Occasionally, an idea will come to me; Jimmy is an example. I sat in front of the computer and began to type an adventure of Jimmy. I saw myself as the little boy wandering from home. Why Jimmy? It seemed an appropriate name for the young boy. The further I ventured into the forest, the more intrigued I became. As you read the book, you will be fascinated with the experiences Jimmy realizes. This book will be of interest to every adventurous boy or girl. The story characterizes the many creatures Jimmy encounters. This is a story even adults will enjoy. A great gift for someone.

I was born October 22, 1921, in a small coal mining village called Rockingham, just several miles from Central City, Pennsylvania. As an infant my parents moved to Pittsburgh, where my Father was employed as a Chipper.

Growing up during the depression of the late twenties into the early thirties was an experience Ill never forget. We could not get on welfare because my Dad was still employed, working just one day every two weeks. With four boys, Mother found it difficult to find food to feed us. Many days we survived on gravy and stale bread. Dad would find odd jobs that kept us surviving.

Several years later, I decided to move to California. I have been here over fifty years. I have been married twice; both wives are deceased. I worked as a flight test mechanic, electrical, on the U2 spy plan at Site 51, Nevada.

I retired in 1984. I live now in southern California. I travel a lot by trailer, on tours and cruises. Life has been good to me.

Jimmy Thomas: Don't Back Down - eBook

Jimmy Thomas: Don't Back Down

Kaylee the Caterpillar in the Adventure of Life

I Believed Michael Jackson in Adrian the Thief of Hearts