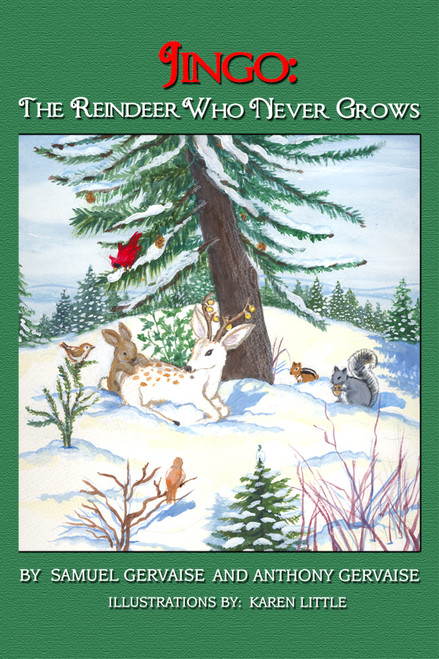 Jingo was lost on a snowy winter night in Santaland and found in the forest by Prancer, one of Santas reindeer. The little white reindeer soon became Santas favorite little pet, living with him and sleeping next to Santas fireplace.

As the time goes on, Jingo does not grow any bigger. On Christmas Eve, Jingo wants to help pull the sleigh, but he is too small and Santa tells him, Not until you are bigger.

This is a beautiful story, set in Santaland at Christmastime. It will capture the hearts and imagination of all who read it.

Jingo, The Reindeer Who Never Grows originated in my fathers mind. It began with a song. Dad wrote at least fifty songs over the years. Three were recorded, and one carried Billboards highest rating of four stars, but that is another long story.

We both worked on Jingo, but after my dad passed away, it gathered dust until this year, when I decided it was time to get Jingo published. I have been a contractor for over thirty years, and I currently live in Cicero, a northern suburb of Syracuse, New York.

Jesus Priceless Treasure: More than Friend to Me