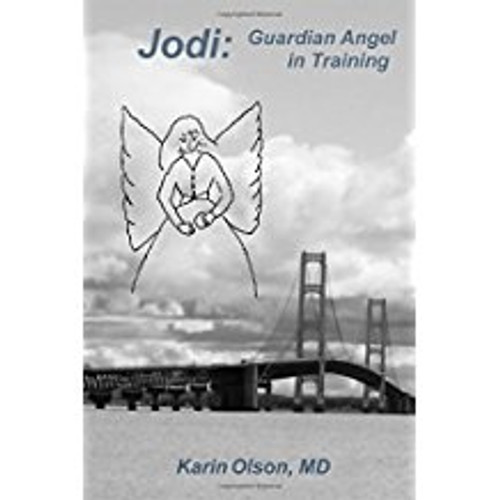 Jodi was a Special Forces Angel who rushed to disasters to help humans. But she, oh so much, wanted to be a Guardian Angel. Finally God granted her the opportunity and assigned her to Gerald, an impulsive, distractible, accident-prone child with ADHD.

The story of their lives together covers his childhood through his middle adult years in the early 1900s taking place in rural America. Jodi frequently breaks angelic rules and tries the patience of the angelic hierarchy; for example, she introduces herself to Gerald when he is but a boy of four. The reader becomes acquainted with the angelic hierarchy with its rigid rules as well as participates in the development of the possibilities when humans and angels collaborate in the solving of earthly problems.

Karin Olson, MD is a retired child psychiatrist. She has had many years of experience working with children who have Attention Deficit Hyperactivity Disorder, similar to Gerald. During her retirement years she has written the next two books of The Jodi Trilogy: Jodi and the Children and The Jodi Experiment. She also enjoys computer programming, building websites and games. She is active in her church and a prayer group which she has attended since 1987.