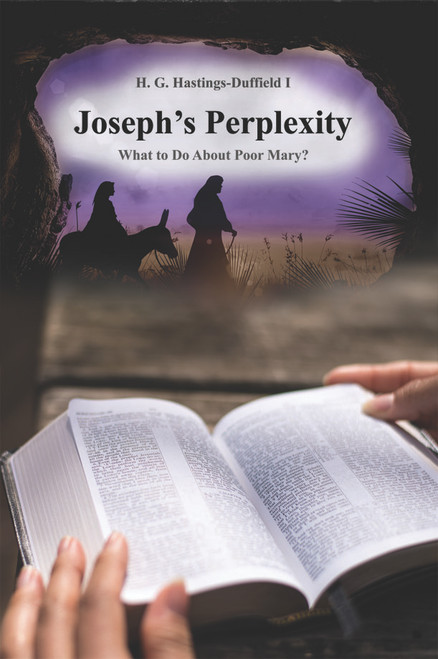 By: H. G. Hastings-Duffield I

Colloquies are informal discussions amongst friends and colleagues. This format permits the easy flow of discussion, usually polite, from member to member. The reader’s perspective is that of a listener; one who overhears, one invited to attend the discussion, perhaps one interested in the subject and who might very well form or compare his or her own ideas with those discussed.

For example, several participants, each adding more ideas, discuss the perplexing situation of the Biblical Joseph regarding the pregnancy of his betrothed Mary. What is he to do about her? And what about Mary’s attitude about her pregnancy? Why does she not protest it? Why does she keep it a secret from her betrothed?

H. G. Hastings-Duffield I is a retired Professor Emeritus from Central Michigan University. His academic bailiwicks were aesthetics and literary criticism. He has published over twenty books on the Christian religion, American society and greatness, several novels, the American Shakers (of whom he is a scholar), and several biographies. His most recent book is The American Shakers (1774-2018), Verging on Extinction. He is currently working on a volume titled Paradise Lost! But Forever?, about humanity’s continual quest for a better society – a utopia—beginning with the Biblical Garden of Eden and concluding with the U. S. A., the would-be utopia designed by the Grand Patriots in the eighteenth century, but which has sullied its promise of perfection too many times, thus causing its decline towards dystopia.