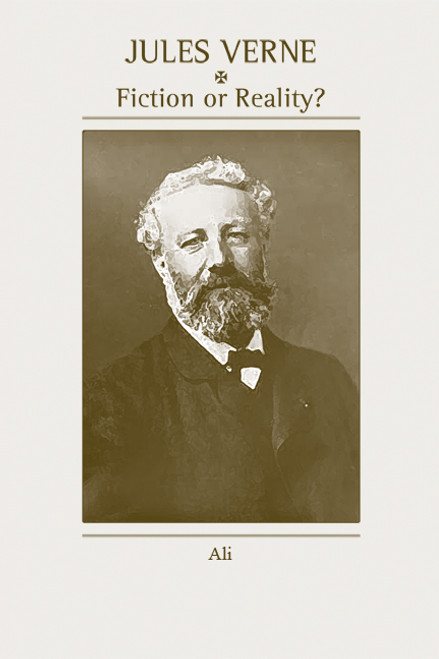 Jules Verne! Did he imagine all the technological wonders about which he wrote, or had he slipped into the future and seen these things for himself? What if he traveled back and forth in time, witnessing the first walk on the moon at the Kennedy Space Center or himself meeting the great explorer of the Nautilus expedition under the North Pole?

Puzzling artifacts were recently found by Vernes descendant in France, whereas unexplained clues remain about the story of Captain Anderson of the Nautilus. Descendants of the two adventurers are now investigating. What they will uncover goes beyond anyones wildest dreams. Were Jules Vernes novels based on fiction or reality? You decide.

Ali first wrote a simpler version of this novel when she was sixteen. Her classmates loved it so much that they decided to make an audio play of it, writing dialogues and making sound arrangements, and recorded in a studio. She kept thinking of developing the story and the characters but had to wait twenty-six years before finally taking some time off from work to go back to the story.

Ali was born in Le Mans and spent many years in Paris before moving to the U.S. She lived in New York area and recently moved to Boston.

Judas Goats and the Price of Broken Leadership

Journey of an Enlightened Mind - eBook