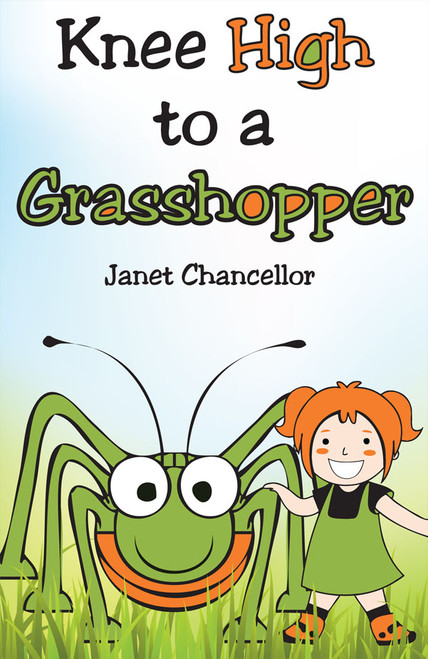 Knee High to a Grasshopper
by Janet Chancellor

Knee High to a Grasshopper is a book of poems portraying the innocence, naivety and joy of three sisters growing up in small town America in the 1950s.

Published as a check off on a bucket list it has finally emerged as a delightful gift inviting you to sept back from the hustle and bustle of todays busy lifestyle and enjoy the freshness of a more simple, more slowly paced time.

Janet Chancellor comes from a family with a five generation history in Vacaville, California. Her parents, both deceased, were prominent in Vacaville. Her mother, Kay, was active in the Vacaville Art League, and her father, Ted Chancellor, served as mayor in the early 1960s.

Knee High to a Grasshopper, Janets first book was written in 1963. It was illustrated as a college project by her twin, Janice Chancellor (Benoit). Janice, an elementary school teacher from Redding, California, was recently recognized by her district at Teacher of the Year.

Aside from writing, Janet has forty years experience in decorating. Working as a Branch Director for Home Interiors & Gifts from 1974 to 2008, Janet led the top producing team of over 4000 design consultants. In 2008, she co-funded Cozy Chic Design & Home Staging, a flourishing redesign and staging business which she owns today as sole-proprietor.

Janet loves to read and dabbles in art. Her delight is the facilitation of a weekly A Course in Miracles class in Vacaville.

Janet is married. She lived with her husband, Ron Davison, in Vacaville. She has one daughter, Becky, who resides at The Beach House in Gualala, California, and two dogs they adoreWilla Mae and Ernie.

Kickamo Did It by Bill Dunbar

Lead Beyond Tee to Green

Keep Playing - The Six Step Game Plan. The Non-Superstar's Guide to Playing Your Sport in College