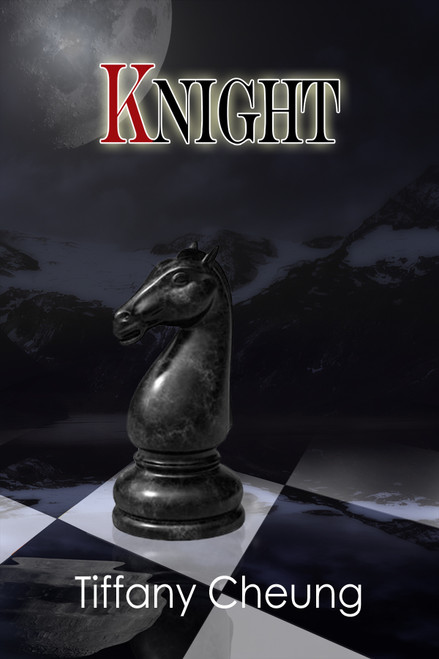 In Knight, the thrilling sequel to Checkmate!, the warm summer embraces Keladry Lebrasca and Damien Ayer, two knights of Falladorre, the chess school they attend. Unfortunately, it was only a matter of seconds before that warm embrace was replaced by a numb, chilling omen. The two knights soon find themselves in the middle of chaos on the planet Zee.

After a series of suspicious attacks, evidence is soon uncovered that can only lead to one source, and when the sadistic mastermind, Van Wyck, crosses their path, Keladry begins to untangle a web of secrets. She soon realizes that she has a connection with Wyck's past- a connection that puts everything at risk...including her life.

As time runs out, Keladry is faced with a series of riddles, mysteries and clues that force her to make dire decisions...will they turn out to be the right ones? Keladry soon realizes she is the only player in a twisted game where not only her own fate lies in the balance, but the planet Zee itself. History and destiny will soon reveal themselves, when the knight falls

Tiffany Cheung finished writing her sequel, Knight, at sixteen, after her first novel, Checkmate! at age twelve, both part of the Blue Break Series. She was born and raised in the San Francisco Bay Area and will continue to pursue her writing career in college, in the fall of 2012.

Kaylee the Caterpillar in the Adventure of Life

Justification in Philosophical Poetry: A Book on the Story of Love