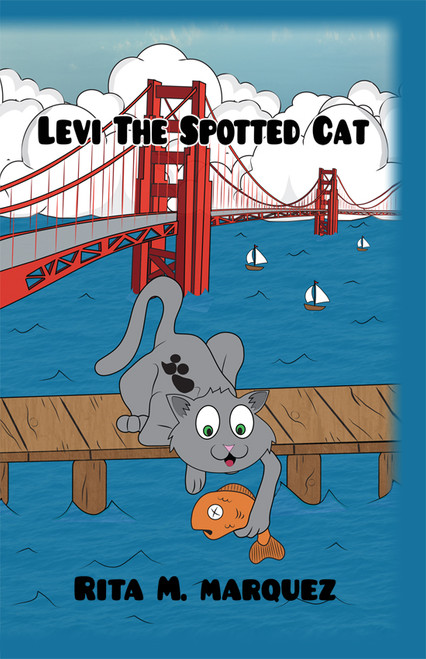 Levi the Spotted Cat tells the story of the depths we will go through to change our appearance, only to find out that we are really just fine as we are. This story will challenge the imagination of both young and old alike. So go ahead, just as Levi did, “Take your hat and throw it into the Bay!”

Rita M. Marquez was born in New Mexico in 1966, the second to the youngest of six siblings. Growing up in the hot New Mexico desert, the six children played outside from sun up to sun down.

Each of them had an alter ego and would portray different characters within them. These characters would come to life; a moth, rooster, baby, even a car mechanic, and some imaginary friends that lived outside.

As a mother of three and now a grandmotherof four, Rita continues to visualize and bring to life all characters in the books she reads to her grandchildren, and creates imaginary characters which help stimulate the readers’ mind. This book was written with the help of her four grandchildren. The name, “Levi,” was the suggestion of her oldest granddaughter Danae. The idea of a spotted cat was that of her only grandson, Christopher; Cierra gave the cat its color, that of a cat which roamed their neighborhood.

Letters on India The New York Times Did Not Publish