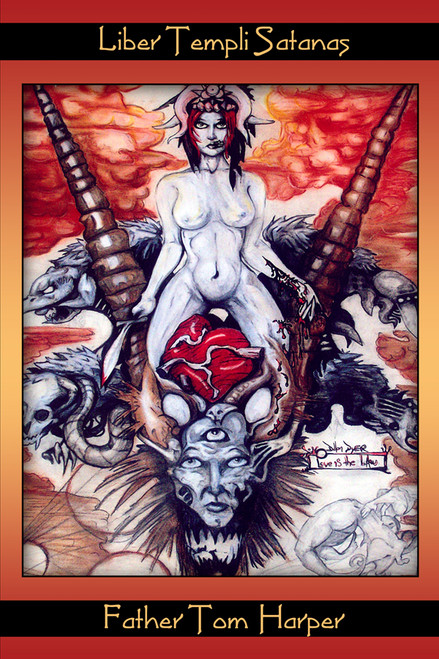 Liber Templi Satanas is an artistic expression of a modern Satanic sect. The influences that shape its content are based on a personal interpretation of the writings of several occult authorities.

Liber Templi Satanas is a work of fiction; however, one may find many esoteric truths within its pages. There are poems, songs, stories, prophecies, and a role-playing game associated with them.

Satan is the ultimate symbol of liberty and individuality. It is the belief of Templi Satanas and the Somaic Society that every individual should create their own personal religion. As the human animal expresses dogma naturally, Somists understand that each of us aspire to the unknown in our own unique ways.

We wish not to offend any group or individual, but if we have, we will not apologize. Ave Satanas-Somas!

Father Tom Harper is the founder and leader of the Somaic Society and Templi Satanas. He was raised in the Pentecostal tradition until the age of fourteen. A rift with his family developed when he began to question the Churchs strict standards. This rift caused the reverend to leave home, and after leaving he started to study various religious ideologies.

Through the course of his next ten years, he began to create a personal belief system that is both eclectic and esoteric. His greatest influences came from the works of people like Dr. Anton Szandor LaVey, Lon Milo Duquette, Aleister Crowley, and the ancient systems of the Sumerians, Babylonians, Egyptians, Mayans, and the classical Greco-Roman mythologies.

Father Harper believed that Good and Evil are polarities of One Creative Force and that we all stimulate this Force by our very different natures.

One must know what is in ones nature.