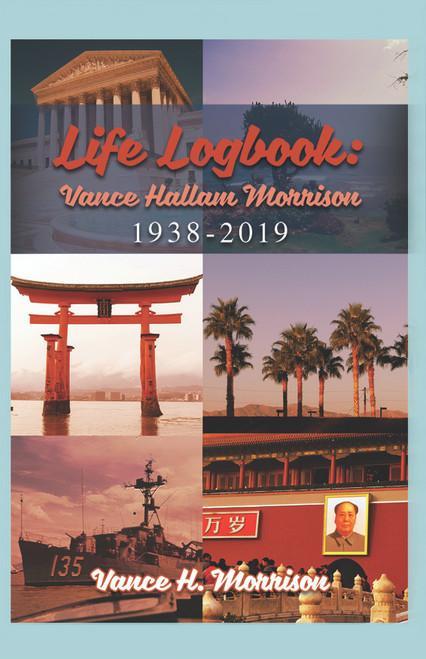 Life Logbook is the story of the colorful life of Vance Hallam Morrison as he documents his experiences for his family and others who may be interested in his adventures, especially naval Cold War historians. Too often is “I wish they were still here to explain how these events came to pass” lamented. For Morrison, this insightful transcript attempts to answer many questions that may be asked of his life experiences. In this case, he formats his story into that of a ship’s deck log which those with Navy careers will find intimately familiar.

Vance H. Morrison was born in New London, Connecticut as the son of a U.S. Navy submarine commanding officer. While in high school, he spent four years as a U.S. Supreme Court Page and eventually graduated from the University of Virginia with a commission in the U.S. Navy. He spent thirty years as a surface warfare officer with two warship commands of a frigate and a guided missile cruiser. As a Chinese linguist and intelligence subspecialist, Morrison served as U.S. Naval Attaché to the Peoples Republic of China and observed events leading to the brutal Chinese Army suppression of demonstrators at Tiananmen Square in Beijing in 1989.

Following Navy retirement, Morrison was a contractor for ultimately AT&T supporting the U.S. Navy and national space reconnaissance programs. He has previously published a biography, unfinished by his deceased friend, of the first U.S. Naval Attaché in China, Commander Irvin Van Gorder Gillis, entitled A Plain Sailorman in China.

Morrison enjoys spending time with his children and grandchildren and model railroading following his full retirement in Springfield, Virginia.

The Circle of Life by Frances Moran Acton

It's Your Destiny Desiree: Part 1, Desiree

My Family Tree is Full of Nuts