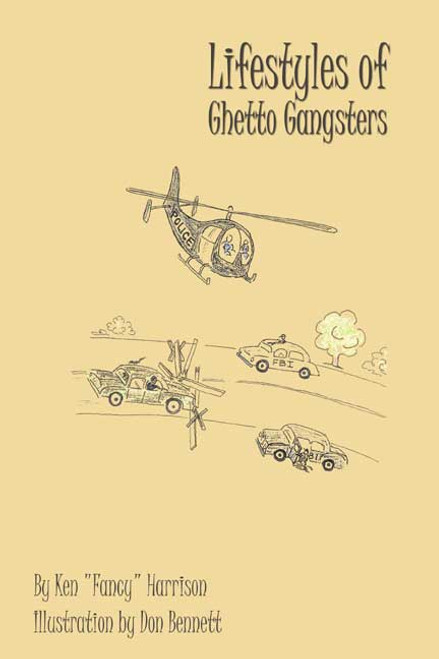 by Ken "Fancy" Harrison The book opens with a twelve-year-old child. He lives in the ghetto. His family is not poor, and they have enough food and clothes for all of them. His parents never had a smoke or drink. This child gets all As in school. He started street hustling in the sixth grade, selling weed to older people and carrying a gun. By the age of sixteen, he was selling and transporting all kinds of drugs to five different cities. Just after his eighteenth birthday, he was on his way to prison for a shooting. There he would become involved in selling caps of weed. After serving almost two years, he got out of prison. He and his four brothers, all ex-convicts, expanded to new activities. They held dice games, ran hookers out of a hotel, transported drugs to different states, robbed banks, and owned a nightclub. After this went on for many years, they split up their earnings and went their separate ways. The main character continued to live the life of a ghetto gangster. ABOUT THE AUTHOR Ken Fancy Harrison was born in San Diego, California, in 1952. His mother is from Texas, and his father is from Oklahoma. Harrison has two brothers and three sisters. He was raised with only one of his brothers and two of his sisters. They were raised up on love for each other the old-fashioned way. He went to high school in San Diego and Las Vegas. This story, Lifestyles of Ghetto Gangsters, is not completely true. Harrison compiled three years of research before writing this story. He read books about prison in order to complete the prison scene. He was also part of the riot at Oceanview Park. The rest of the story is fiction. (2006, paperback, 36 pages) Availability: Usually ships in 2-3 business days.
×

Lightships of the United States of America, Volume I - Northeast

Life...through the Eyes of a Gynecologist