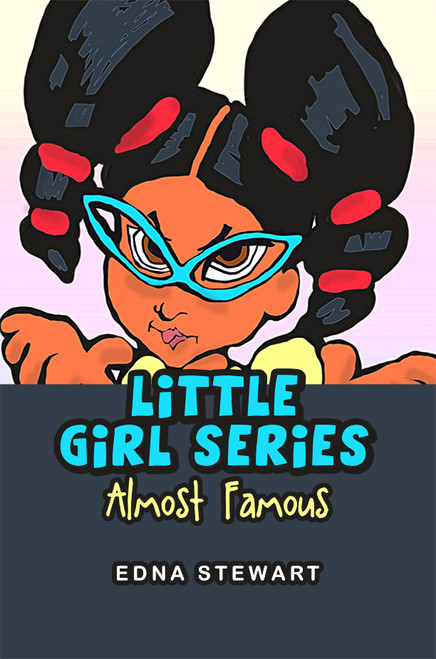 In 1968, six-year-old budding artist Edina Johnson experiences life in Griertown, North Carolina. Edina hates her name. She wants a name that’s unique and different – Little Girl. Edina’s first day of school is near, and she is one of the first black students in school busing in Charlotte, North Carolina. Edina dreams of becoming a famous artist like Marcel Duchamp. While practicing her craft as an artist, Edina sees a black limousine drive into the neighborhood. She runs towards the crowd and all the excitement. However, what price does Edina pay to become a famous artist?

Edina Johnson is based on author Edna Stewart’s life during the years in the late 1960s as she was one of the first black students in school busing in North Carolina. As a child, she dreamed of becoming a famous artist and fashion designer. Her stories are based on her life during this time and the lessons she learned along the way of acceptance of self and others.

Author Edna Stewart is a published freelance author and a published freelance songwriter. She attended the Harriette Austin’s Writers Conference in 2008 and 2011 at the University of Georgia. She and Harriette immediately connected and became very good friends. Stewart also took a music writing class where she met and collaborated with a published songwriter of a rock-pop band of the 1970s. She also studied at the Art Institute of Pittsburgh from 2008-2015.

Stewart is a uniquely gifted artist, author, and songwriter with well over twenty years’ experience. She has been featured in the Jacksonville Daily News and Tideland. She is the owner of Hey Girl Production & Storyboard Creations, two virtual stores, VIDA and ES 1963 & Company on Zazzles.com. Both stores specialize in her unique designs of her artwork on clothing to other products, and she was selected as one of the artists to design with VIDA as a co-creator in the global fashion industry in commerce. She creates and designs unique wearable works of art, created by hand in the industry. Her personal collection on VIDA includes global partnerships with co-creators from Paris, to a producer in Karachi, and a consumer in San Francisco. VIDA has been featured on HSN, Red Carpet, and Golden Globes.

The Tribes of the Littles - eBook