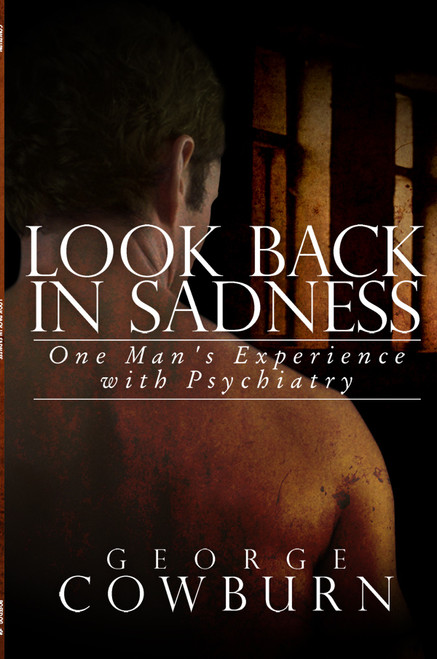 Look Back In Sadness: One Man's Experience with Psychiatry
by George Cowburn

This book is an autobiography of a guy who suffered episodes of mental illness, variously diagnosed as depression, anxiety, manic depression, hypoglycemia and borderline personality disorder.

If you or a loved one is in psychotherapy, this book can help you avoid the pitfalls into which the writer fell. For the diagnosis he received he had his religion attacked, was told to think black empty thoughts, had a dreadful experience with electric shock therapy, received so many medications he had to be hospitalized to "dry out," was asked for an affair, and had both himself and his wife diagnosed as having borderline personalities.

The writer was the first man to file a sexual ethics complaint against a woman psychiatrist in the central region of the American Psychiatric Association in New York State (Syracuse). The writer describes the evasion and "treatment" he received from psychiatrists after the complaint.

The first half of the book describes the experience of growing up in a poor Catholic family in Lancashire, England. The second half deals with the problems he encountered when he tried to talk to psychiatrists after the abuse.

After the request to have an affair, the therapy degenerated into verbal fighting, which resulted into the worst "downer" ever.

George Cowburn was born, raised and educated in Lancashire, England. He obtained a diploma in technology (electrical engineering). He worked at British Aircraft Corporation and English Electric Corporation as a trade, and later as a student apprentice. Just before finals he had a bout of depression and has had episodes of mental illness on and off all his adult life. He immigrated to Binghamton, New York, in 1965. While living in Binghamton he worked as an engineer at IBM Endicott, New York, for 20 years.

The writer played soccer until he was in his mid-forties. Now his sports are restricted to watching teams play on TV: Manchester United, the New York Giants, and Notre Dame football teams. George Cowburn likes ballet and classical music, reads biographies, watches PBS television, and enjoys Team Trivia. He volunteers at a local hospital.

Once a devout Roman Catholic, he is now an atheist and a member of the Unitarian Universalist Congregation of Binghamton, New York. He lives alone in Vestal, New York.

From Fantasy Football to Fatherhood: A Comedic and Spiritual Look at a Man's Year of Transformation

Lord, You Want Me to Go Where? Following the Prophet's Heart

Looking for a Change

Looking Back at Cerro Gordo

Living Just Enough for the City: A Deeper Revelation of Lot