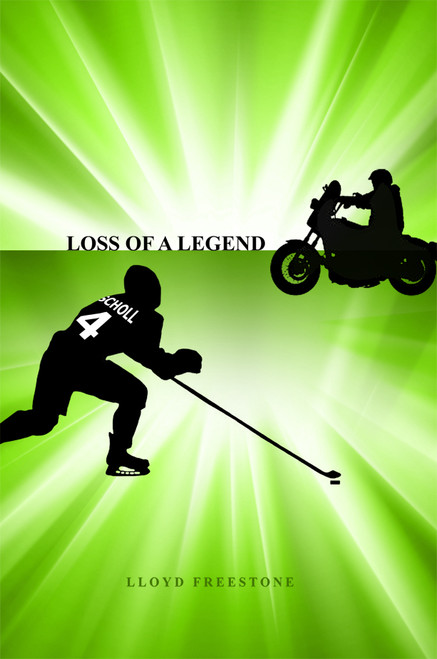 Loss of a Legend
by Lloyd Freestone

Dusty Scholl had it all together. He had a lovely wife, a beautiful daughter and an incredible hockey career. He was living the life and enjoying it. However, fate had other plans for him. Thanks to an overly aggressive bike gang, everything he loved was taken from him in one fell swoop. Thanks to a corrupt judicial system, Dusty spent five years in prison and then had to keep moving to stay ahead of the leader of the bike gang.

Dusty finally settled in Rossburg, Saskatchewan, after changing his name to Tim Jackson, and had an immediate effect on those people living there. From running his caf to coaching the high school football team to playing on the senior hockey team, Tim fit right in with everything there. He even found a new woman to replace his long lost wife.

Dustys past, though, wouldnt die and he was finally tracked down by the syndicate who ran the bike gang. It seems a showdown is imminent. Does Dusty/Tim turn tail and run or does he have a plan to end it all right then and there?

Lloyd Freestone lives in Kimberley, B.C., Canada. He is married to Connie and has been for 38 years. They have one daughter, Kayla. Lloyd took up writing after a suggestion from one of his teachers after he graduated high school at the age of 46. He has been writing ever since.

Lost in the Shadows

Looking through Your Wisdom: Spiritual Narratives

Love at Christmas I, II, and III