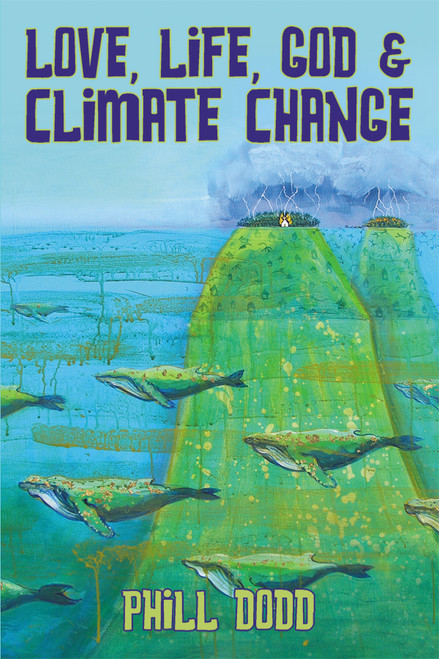 Love, Life, God and Climate Change is a book with which everyone should identify. It takes on the big question: Who and where is God?

All human cultures thought there was an entity more complex and more powerful than themselves. Many have explained this faith as an inability to find the scientific explanation behind some perceived phenomena. I believe they were on the right path but their experiences were restrained by their world. We are now able to comprehend the truth as our knowledge of the earth and the universe has expanded hugely.

I start the book by taking the reader on my journey through lifefrom early religious guidance, on to a science degree and then teaching. It was during my intense teaching days of ecology that my ideas began to take shape. I realised that not only was the earth, as Sir James Lovelock suggested, a living organism, but it could be a conscious being using life and the environment in much the same way we use our own bodies. I try to explain how this may come about and what the wider implications of such a suggestion really is.

Once Ive unlocked an idea about who our God really is and how we interact with Her, the reader is led to further possibilities. Not only does it allow a unifying of all religious thought, but it can even be used to help explain ancient thinking such as aboriginal dreamtime.

We all have to die in the end. Some of us would like an afterlife. This might just be possible, but were all going to have to work to look after that possibility.

We can all know and love our God. We can be freed from the strictures of powerful Church figures. We can all live in hope of peace and love. This book contains the philosophy we all seek.

Phill Dodd was born in Sydney, Australia, in 1961. He gained his science degree majoring in botany and entomology at the University of Sydney before going on to be a teacher. It was when teaching environmental studies at his own field study centre that the complex world of ecology became his passion.

While traveling in the outback of Australia and being exposed to the ancient spiritualism and connection to land of the indigenous peoples, Phill joined his knowledge of ecology to spirituality, love, and eventually faith in God. This book goes even further when it considers the implications of climate change and why humankind has attained this point. There may be more to the evolution of humans than we previously thought.

I Love GOD and HE Loves Me

Life, Love and God Through the Eyes of Lynne Adair - eBook

Life, Love and God Through the Eyes of Lynne Adair

Love of the Father and His Son