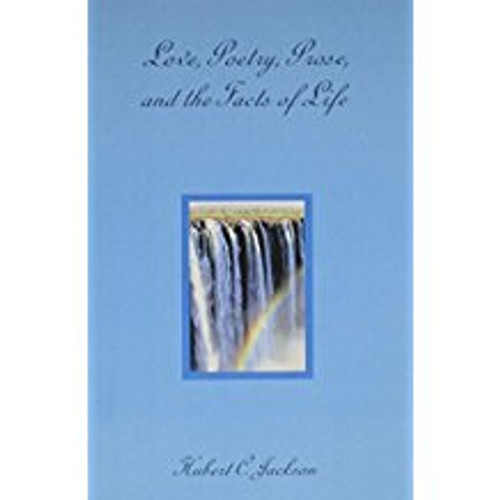 by Hubert C. Jackson Love, Poetry, Prose, and the Facts of Life is a compilation of writings dealing with events that have taken place in Hubert C. Jacksons life over a period of fifty-five years. Some of the entries deal directly with painful events, while others relate to joyous happenings, but they all have contributed to shaping life as he knows it today. The words are a gift that ebbs and flows, and they must be captured at the moment they arrive or they will be lost forever. Jackson is most appreciative for the words that have fostered this book because they have served as a much-needed outlet, allowing him to express his innermost thoughts and feelings in what he considers a constructive manner, especially concerning the hurtful happenings, as opposed to holding them inside and allowing them to possibly destroy him. Jackson says that writing about the enjoyable feelings was especially easy because life, for the most part, is a continuous, fun event that is a gift for us to enjoy. Live life to its fullest PEACE. ABOUT THE AUTHOR Hubert C. Jacksons first attempts at writing poetry, if he remembers correctly, were in his fifth grade year at Bonner Elementary School. He was encouraged by his teacher, Mrs. Ganious, who displayed his poems on the blackboard. There was a great lapse in time between his writings in fifth grade and his next attempts, which were done for his first wife during his first year in the Army. Although he spent almost twenty-four years in the U.S. Army and twenty plus in Special Forces, he is a very sensitive person, and he has been deeply affected by numerous events that have taken place in his life. Having experienced fifty-five years of life, in most instances, fifty-five very good, enjoyable, productive years, the opportunities that have been afforded him, both while serving on active duty and in civilian life, have all contributed to the development of the poems that are contained in this book. In some instances, lifes hard knocks have a way of beating us down, but through expressing his feelings in his writings, Jackson has found a release for what could have been a most depressing time in his life. Other poems are an expression of his appreciation for life, sunrises, sunsets, walks on the beach, and the many other free things that are ours to enjoy. You have the ability to decide how your life will be. Live and enjoy your life, take full advantage of all opportunities that are offered, and should you feel that no opportunities exist, make your own. Have fun and share a smile; theyre free. (2006, paperback, 42 pages) Availability: Usually ships in 2-3 business days.