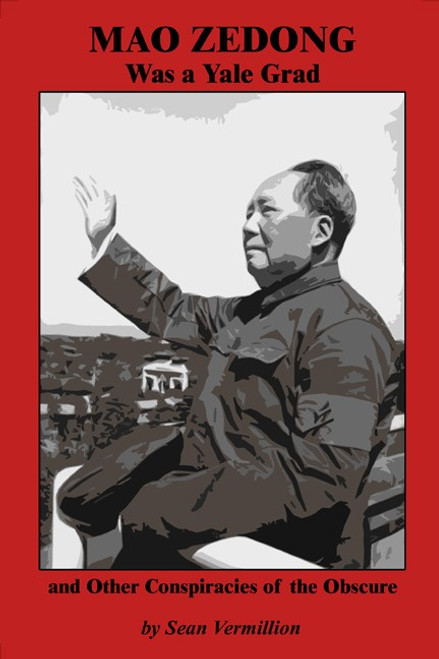 In recent years, there has been plenty of publicity and publications released about the renowned conspiracies, like the JFK assassination, UFO cover-ups, the Illuminati, New World Order, Bohemian Grove, black helicopters, etc. But what about the obscure stuff? The author, Sean Vermillion, makes it his mission to tip us off and explain ten of the most obscure, but no less important, conspiracies of our time and ages past.

Learn why the Middle East is behind the rest of the world technologically, what sedation dentistry is really used for, and why NASA and the Air Force was after musician John Denver. Was the Symbionese Liberation Army for or against the Man? What really set comedian Michael Richards on his racist rant at an LA comedy club? These questions and others will be answered while reading Mao Zedong Was a Yale Grad and Other Conspiracies of the Obscure, a lean but quintessential read for both conspiracy enthusiasts and those new to the subject.

Sean Vermillion has written another book and a screenplay. This is his first published literary work. He has been a fan of conspiracy and has researched the subject for years. He is also interested in history, jazz, and campy/cult movies. Sean is currently in college and working toward a degree in psychology. He currently resides in Green Bay, Wisconsin, with his girlfriend, Sara, and her son, Ryan.