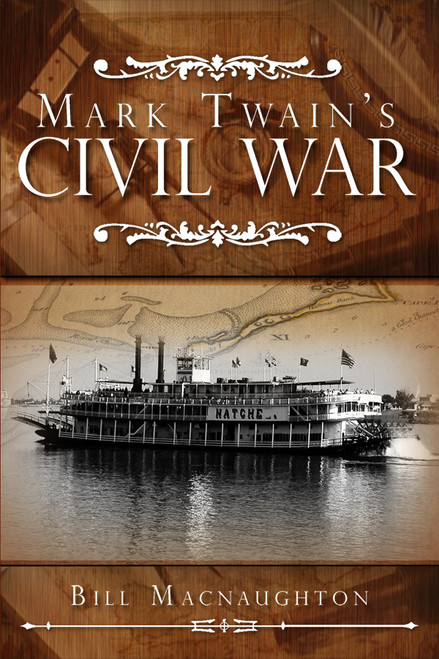 When Mark Twain's biographer visits the dying old man in Bermuda in April 1910, he receives a surprising gift: a new manuscript. Upon reading it, the biographer discovers a "novel" (with a hero named Sam Clemens) that contains a sexually frank and bittersweet romance, a violent plot by ruthless confederate conspirators to capture the huge U.S. Arsenal in St. Louis, and a thoughtful study of race relations.

In addition to an exciting, historically based picture of the turbulent South on the verge of tragic conflict, Mark Twain's Civil War contains a fascinating, warts-and-all portrayal of one young Mississippi River pilot, deeply uncertain about his future, who will go on to become America's best-loved humorist.

Bill Macnaughton is a retired English professor who taught for many years at the University of Waterloo in Ontario, Canada. During his career, in addition to publishing many articles and book reviews on American writers, he published three books, including Mark Twain's Last Years as a Writer (University of Missouri Press).

As a young man, Macnaughton was a very good competitive athlete and card player. He maintains a high interest in several sports, particularly basketball and baseball. He has been a fan of the Cleveland Indians for more years than he cares to remember. At one time, he was an excellent golfer; he is now merely an avid one.

Macnaughton is happily married with four children (a daughter, twin sons, and a step-son) and six grandchildren (four grandsons and twin granddaughters). Mark Twain's Civil War, an historical romance, is his first novel.