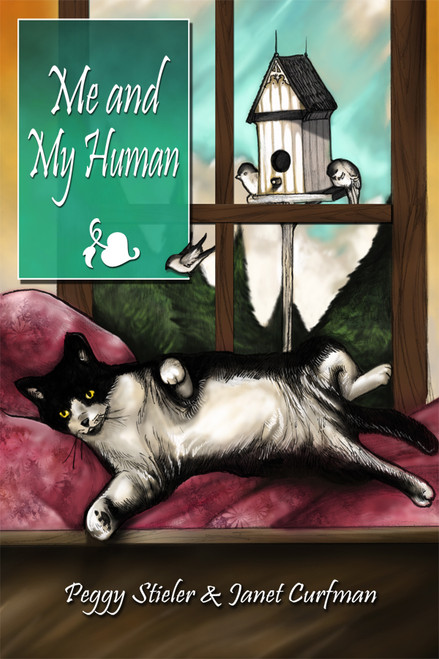 Me and My Human is a touching story from the cats perspective of the bond between a woman and her pet cat. It tells how an animal and a human develop a relationship that nourished and enriched their lives. The cat has a very sad start in life, and the womans good life has been shattered. The woman adopts the cat, but it shortly appears that the cat has done the adopting. To the observer, it seems as if the cat understands every word the woman says, and it is plain to see she understands what the cat is saying to her. It is amazing to see her hush the cat and the cat listens.

Peggy Stieler spent much of her life on a ranch in Texas. Animals have always been a part of her life. When this scared little bundle of fur came into her life, her heart was immediately taken over by it. When Janet suggested she write a book about Chester, she thought a book was a good idea but would not consider doing it herself; thus she and Janet became ghostwriters for Chester.

Janet Curfman grew up on a farm and had dogs and cats for pets, but they were farm animals first and pets second. When she met Chester, it was a whole new experienceshe was intrigued by his antics. Having managed a college bookstore, she felt there was a potential book waiting to be written.

What a delightful read! In the process, you will be surprised to learn a lot of what cats do is really just done to entertain their human friends. This story, based on a true blessing that a real cat and its real human share in each other, will be a blessing to each reader as well.