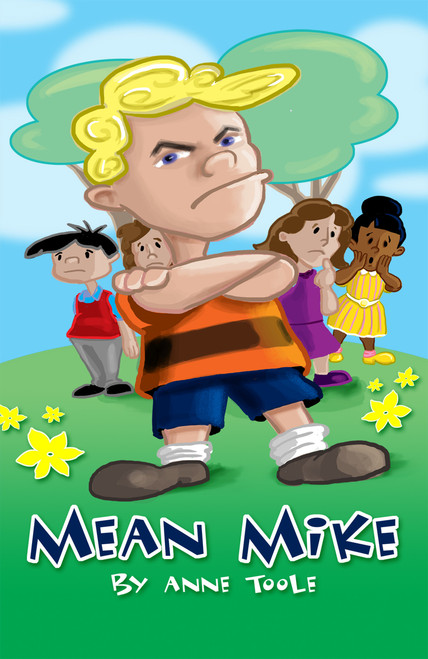 This is a rhyming story about a bully named Mike,

Who none of the other kids really did like.

Because of him, they were all so scared,

But Mike just laughed and did not care.

What happens as the story ends,

That made Mike want to have some friends?

About the Author: Anne Toole grew up in Williston, South Carolina. She is a graduate of Anderson Jr. College in Anderson, South Carolina and the University of Georgia with a B.S. Degree in Elementary Education. She taught in a first grade classroom in Augusta, Georgia for thirty years.

Ms. Toole has always enjoyed reading and writing poetry. As a child she loved to listen to nursery rhymes and stories written in rhyme. When she became a teacher she used nursery rhymes and simple poems in her class to enhance the regular Language Arts curriculum.

After retiring, Ms. Toole worked part-time for several years as an ESL teacher and also began writing stories about children and animals. Most of the stories are written in rhyme.

Ms. Toole is an avid traveler and has traveled extensively in the United States, Canada, and to many countries in Europe. She also has spent some time in Africa. She presently resides in Columbia, South Carolina.

What Does It Mean? - eBook

My Step Mom is So Mean

Me, Mom and the Cat: Reflections of a Caregiver

Maybe: My Memoir (An Original Member of the Chantels)

Memoirs of a Navigator WW II by Robert M. Charlton