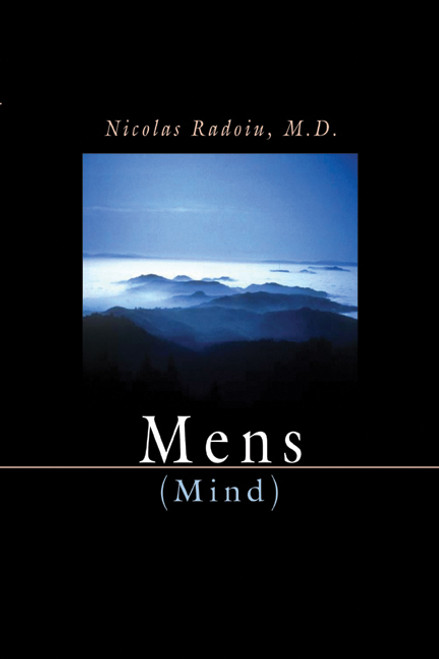 by Nicolas Radoiu, M.D. The result of researching the origin and meaning of creation, Mens (Mind) is an attempt to unify life and to suggest harmony between members of the human race. It is not an essay on religion, and it does not delve into philosophical speculation. Nicolas Radoiu, M.D. searches for questions, and when possible, answers, in known natural phenomena and supports them with strong, logical conclusions. "Mens" believe in any teaching that promotes understanding and harmony people. ABOUT THE AUTHOR A retired physician, Nicolas Radoiu, M.D., was born in Talmacel-Sibiu in the Transylvanian Alps of Romania in 1922, and received most of his education in his homeland. In 1948, while attending the University of Cluj Medical School, he was arrested by the Securitatethe Communist Secret Police. He escaped to Yugoslavia, but was arrested by the Communists of that country as well. He spent a year in seven jails and a forced-labor concentration camp; he escaped to Austria in 1949. He was able to resume his medical studies at the Sorbonne in Paris and Laval University in Quebec, where he received his doctor degree in medicine. After five years of post-doctoral studies in internal medicine and rheumatology in New York City and Detroit and Ann Arbor, Michigan, Dr. Radoiu pursued his medical career, teaching at Wayne State University and practicing at Metropolitan and Henry Ford hospitals in Detroit. After retiring in 1995, he published an autobiography, five historical books, and a Practical Guide of Differential Diagnosis, which was donated to the University of Timisoara Medical School with full copyright. (2005, paperback, 32 pages Availability: Usually ships in 2-3 business days.
×

Memoirs of a Bitch Bent on Revenge - eBook