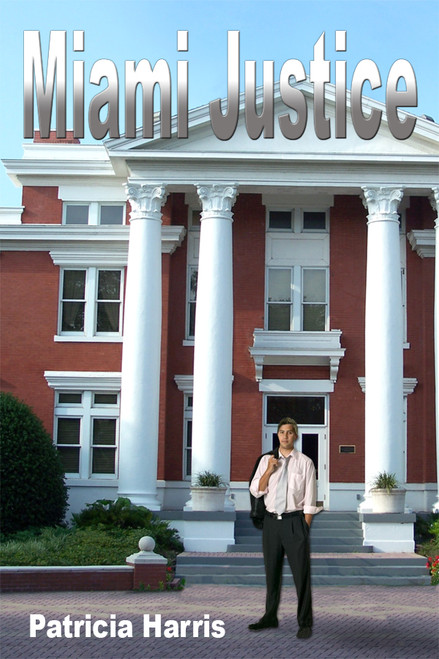 Robbery, prostitution, rape, and murder, along with white-collar crimes, are rampant throughout every U.S. city, and Miami is no exception. The District Attorneys office prosecutes these criminals, and ADA Alexis Saunders is its top advocate in the unrelenting pursuit of these felons. Hunky detective Mac MacDonald works alongside the headstrong, saucy, talented lady and has longed to enjoy a personal relationship with her. Circumstance in the form of murder puts Mac in the exact position he wants: a one-on-one with Alexis with the possibility of something more.

Attraction that normally has simmered in the courtroom explodes into sensual awakenings that long to be fulfilled as Alexis and Mac come closer to solving the murders. As attempts against Alexiss life become more focused, intelligence, defensive driving, martial arts, street sense, and a charming, tough detective give the self-assured attorney an edge up on her opponents both in and out of the courtroom.

Patricia Harris may be new to the scene of romance writing, but her insatiable appetite for reading this genre spiraled over thirty-six years. An avid interest in writing began as early as her late teens, but due to her nursing career, raising three daughters, and college, this divorced mother from northeast Ohio was unable to satisfy her lifelong dream of writing a romance novel.

After suffering from a disabling brain tumor almost seven years ago, which forced her into an early retirement from school nursing, Patricias life seemed incomplete. With the encouragement from her daughters and friends, she pursued writing with ambitious intent.

Microaggressions Across the Great Divide: High-Stakes Written Assessments, the Threat of Stereotype and Hidden Curriculum

Mommy, What Is God Doing Up There?

Muck and Mire: A Book of Expressions