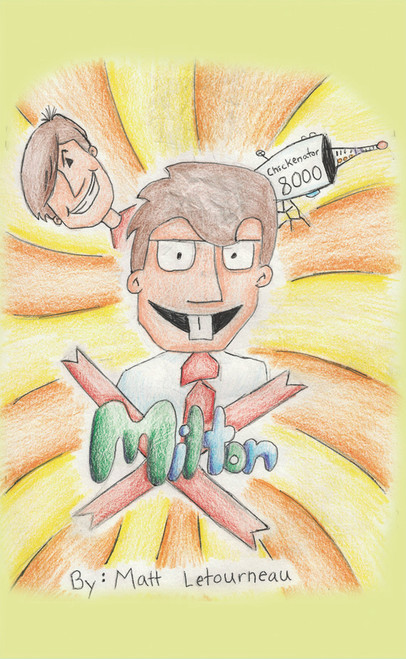 Milton X stars a young ten-year-old boy, Milton Schwartz, who is a nobody, despite his family being full of superstars. After undergoing hardships such as being adopted and still basically having no parents, Milton rounds up his neighborhood pals and sets out on an adventure to make a name for himself. In this action-packed tale of comedy and twists, the Boyz Klubb has to save the whole world from a diabolical villain with an evil master plan. Read Milton X to figure out how Milton and his friends saved the country, and the world.

Matt Letourneau is a twelve-year old boy from Connecticut. Aside from writing, he enjoys starring in musicals and creating beautiful pictures at home. Letourneau created the character Milton Schwartz way back in 2018, which is also when the story happens to take place. For about a year, he had been dreaming of bringing his character Milton to the eyes of others but didn't know how. Everywhere he went, he would draw Milton and think of ideas on how to show him to others. He and his friend Cameron would create short videos, but that just wasn't enough. Finally, around December of 2019, he knew what to do. He was going to write a book.